...
BNS
aA
As a bid to remove Speaker of the Seimas Viktoras Pranckietis failed on Tuesday, Ramunas Karbauskis, leader of the Lithuanian Farmers and Green Union, acknowledges that it's no longer clear if the ruling parties have a majority. 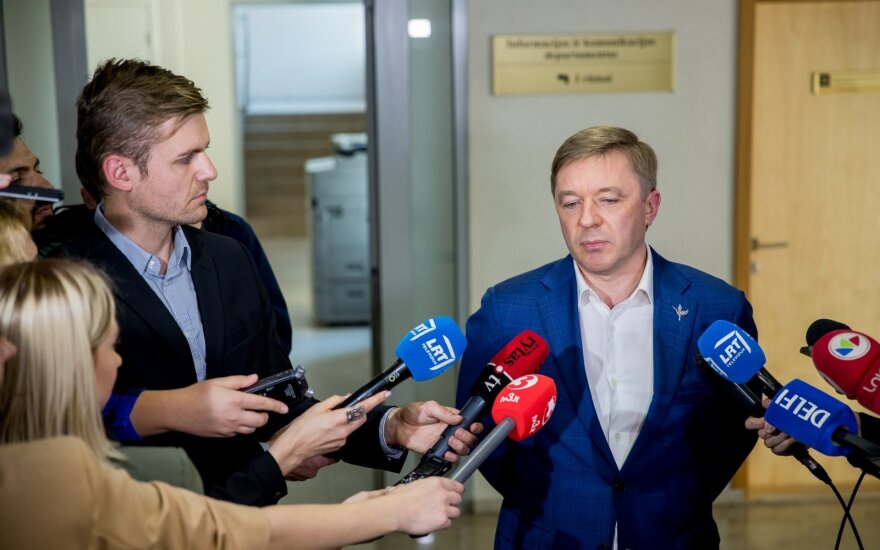 "I cannot answer this question now, it's hard to say. I will try asking representatives of other political group, especially the one that did not take part in the vote, whether it still considers itself part of the coalition," Karbauskis told journalists on Tuesday.

Asked to name the ruling coalition group that did not take part in the vote on Pranckietis, Karbauskis could not do that.

Earlier in the day, Pranckietis survived a second no-confidence vote as members of the ruling block failed to garner the necessary number of votes.

At the ruling majority initiative, a second vote was held on Tuesday and 63 MPs voted in favor, five were against and 11 ballots were damaged. At least 71 votes in favor were necessary to remove Pranckietis.

Only members of the ruling Lithuanian Farmers and Greens Union, the Social Labor Democratic Party of Lithuania, the Electoral Action of Poles in Lithuania – Christian Families Alliance, the political group "For Lithuania’s Welfare" and several members of the non-attached group.

Members of the opposition did not take part in the vote.

Commenting on the vote results, Karbauskis said the LFGU would no longer try to remove Pranckietis, at least not during the ongoing session.

"The Seimas majority had a chance to vote, which we wanted, and we have the result we have, and one of the coalition groups, seems, to not have taken part in the vote, and the Seimas speaker received backing that was not that strong. The situation remains the same as the Seimas speaker will represent neither those (the ruling block – BNS Lithuania) nor those (the opposition – BNS Lithuania). He will represent himself, but we will definitely not do anything now, definitely not during this session," Karbauskis said.