(1)
BNS
aA
EU member states' different positions on Belarus undermine the country's chances of becoming democratic and do not contribute to regional stability, Ramunas Karbauskis, leader of the ruling Lithuanian Farmers and Greens Union, said in a Facebook post. 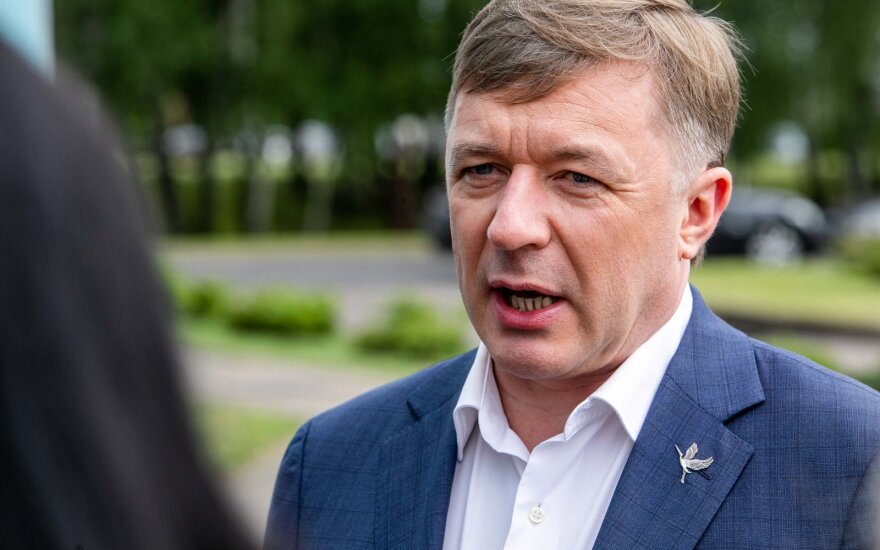 He hopes the signals would not be confirmed that Alexander Lukashenko might not be put on the sanction list for the Minsk regime the EU is now considering due to objection from major EU countries.

"The different position of EU member states and a lack of common agreement undermine Belarus' chances of becoming a democratic country one day and do not contribute to ensuring political stability in the region," Karbauskis wrote, marking his post as political advertising.

He also very much doubted that the Belarusian authorities' threats to divert cargoes from the Lithuanian port of Klaipeda "will have significant impact capable of causing major damage" since Lithuania's economy "has long been West-oriented".

"It is very likely that Lukashenko's political decision to take revenge on Lithuania for the fact that we speak out for democratic processes in Belarus and do not recognize the rigged vote and close the flows of goods via the port of Klaipeda would, first of all, do damage to Belarus itself and its people who are also ready struggling," the politician said.

"But it’s not the economic side of the situation that is the most important. The important thing is that while condemning the dictator, we express solidarity with the Belarusian nation seeking to live in a fairer society respecting basic human rights," Karbauskis wrote.

Just like other Western countries, Lithuania does not recognize the results of the presidential election in Belarus and Lukashenko's legitimacy and has introduced sanctions for vote-rigging and violence against citizens together with other Baltic states.

A dead-end is still seen in Belarus and the regime is trying to win time and slow democratic...

The Board of the Lithuanian Seimas has on Wednesday established a delegation of Lithuanian lawmakers...

Border chief: over 50 Belarusians come to Lithuania after election

Over 50 people from Belarus have arrived in Lithuania in the wake of the neighboring country's...

Lithuania and Ukraine are holding the same position on the situation in Belarus and are calling...

Traffic across Lithuania's border with Belarus continues as normal, the commander of the Lithuanian...