BNS
aA
The Lithuanian State Security Department (SSD) plans to strengthen its internal control to bring it in more into line with the Seimas ombudsman's recommendations. 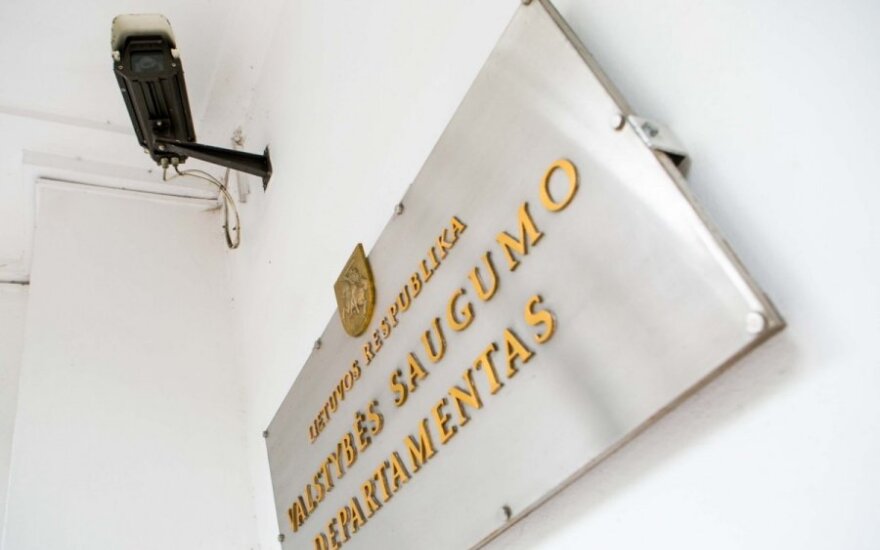 Seimas Ombudsman Augustinas Normantas made the recommendations after examining a complaint by Raimondas Kurlianskis, a former vice-president at MG Baltic, one of the country's biggest business groups.

Normantas issued his report last December following an investigation that took a year and a half to complete. A part of the report was declassified and published on the Seimas ombudsman's official website last week.

While the SSD did not violate the law in collecting and using information on Kurlianskis, the probe revealed certain regulatory gaps, according to the report.

SSD spokeswoman Aurelija Katkuviene says the intelligence agency appreciates the recommendations and will follow them.

"The Seimas ombudsman (...) made valuable recommendations in certain areas of SSD activities, which will undoubtedly be followed. Improving the law is an ongoing process in all areas of activity," she told BNS.

According to the spokeswoman, the agency cannot publicly comment on what measures it plans to take in the wake of the recommendations.

"The content of the measures that will be taken in response to the recommendations is not made public, but it can be noted that in order to implement the recommendations, internal legal acts will be revised and their enforcement will be strengthened," she said.

In his report, the ombudsman called on the SSD director to pay more attention to ensuring that officers respect human rights and properly handle their case files.

According to Normantas, the SSD had a court warrant to listen to Kurlianskis' conversations and otherwise control his communications, and used technical means in accordance with the rules established by its director.

However, the ombudsman notes that the SSD had the right to collect information on Kurlianskis "for a very long period of time". The report gives no further details.

"The legal regulation does not set a clearly defined maximum time limit" for the use of intelligence methods that do not require prior authorization from a court, and privacy breaches can "last for an unreasonably long period of time," the report states.

"(...) it is necessary to establish by law the maximum time limits for the application of intelligence methods."

Under the existing law, intelligence methods that do not require prior authorization from a court and the procedure, time limits and conditions of their application are specified by the government. Its resolutions on this matter are classified.

In the ombudsman's opinion, the law should allow appealing against SSD officials' actions in court.

The existing law allows filing such appeals with the parliament's Committee on National Security and Defense (CNSD) and the Seimas ombudsman, but they may only make recommendations.

"It is advisable for the government to initiate an amendment/supplement to the Law on Intelligence to allow individuals to effectively defend their rights in court," the report says.

The ombudsman also points to a lack of clear rules for destroying information gathered by intelligence officers and states that "investigation files were handled without observing (...) the requirements." All information given about these files in the report remains classified.

Normantas also says in the report that the SSD paid too little attention to assessing its officers' activities in terms of human rights and recommends setting up "an effective external mechanism for controlling the SSD's activities". He does not elaborate on what measures could be taken.

Skvernelis plans to set up a task group in the near future to put forward proposals on how to amend the Law on Intelligence in line with the recommendations, the prime minister's advisor, Arnoldas Pikzirnis, told BNS.

The Seimas ombudsman dismissed Kurlianskis' complaints that technical means had been used again him unlawfully and that the material collected had been unjustifiably submitted the CNSD, stating that the intelligence agency had complied with the law in both cases.

The ombudsman decided that it would be outside his competence to look at whether the SSD had grounds to treat the circumstances that triggered a parliamentary investigation as a threat to national security and to declassify the material collected.

Kurlianskis says the ombudsman’s findings confirmed his suspicions that he had been followed by the SSD for 13 years, although he was the head of various media organizations at the time.

"These findings will have no effect on my situation, but the recommendations to responsible officials call for putting in place at least some order when it comes to the protection of human rights in the SSD's activities," he told BNS.

"I hope this will help ensure the human rights of ’inconvenient' people who come on the special services' radar," he added.

Based on the SSD report that included information on Kurlianskis' activities, the Seimas launched a parliamentary investigation that concluded that MG Baltic's activities posed a threat to Lithuanian national security. The business group called the probe "a political farce".

Kurlianskis is currently standing trial on charges of bribing politicians in exchange of decisions favorable to MG Baltic. He denies any wrongdoing.

Lithuanian military intelligence says Russia continues to build up its military capabilities in the...

The installation of a CCTV system produced by Chinese company Hikvision in Lithuania's...

The Seimas of Lithuania on Tuesday backed the appointment of Darius Jauniskis as director of the...