In the international conference – society’s role in national defence 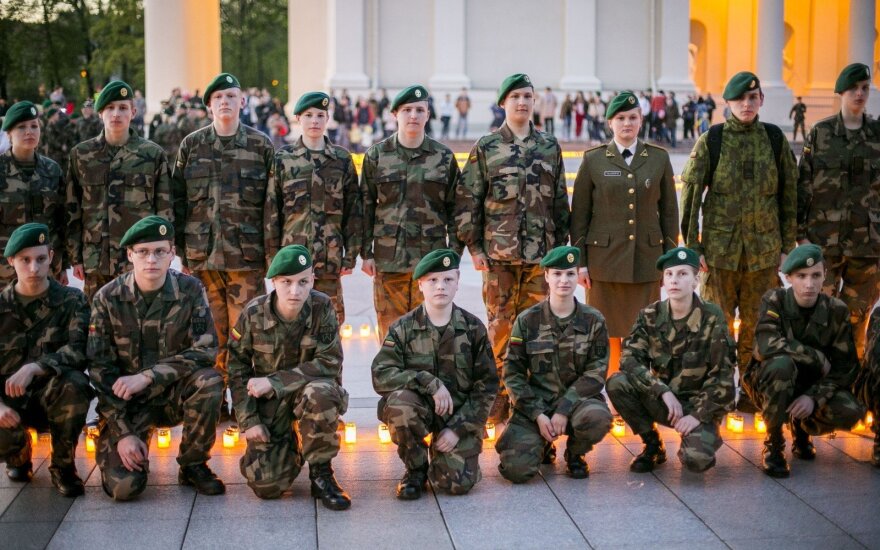 The conference, hosted by the President of the Republic of Lithuania Dalia Grybauskaitė, aims to demonstrate the importance of the society and various institutions in strengthening country's security and civil defense.

Well-known public figures and the representatives of the military and The Ministry of National Defense of the Republic of Lithuania will speak about the country's security and defense issues. Members of the academic community and representatives of various institutions from Israel, Estonia, Poland, and Ukraine will share their insights as well.

The key note speaker is Major General Eyal Eisenberg, former Commander of Israeli Home Front, who was a in charge of a series of front line infantry and special forces units, including the Gaza Brigade, a reserve Paratroop Brigade, the Givati Regiment, a reserve Paratroop Regiment and a Regional Regiment in Lebanon.

Estonian diplomat, former Chief of Intelligence, entrepreneur and politician Eerik-Niiles Kross will share his insights about safety in Europe and Baltic states, and possibilities for ensuring it.

Professor at the Institute of International Relations and Political Sciences of Vilnius University Ainė Ramonaitė will present the research „Possibilities and Assumptions for Civil Resistance in Lithuania". The research was carried out by Baltic Institute of Advanced Technology. Prof. Ainė Ramonaitė will talk about the civil power of Lithuania and how to increase it, who and why would go to defend the homeland, the impact of Russian propaganda, and what kind of values are needed for civil resistance.

For more information about other representatives of the government, politicians, and Lithuanian Riflemen's Union members, who will speak during the conference – please visit conference website at http://konferencija.sauliusajunga.lt/index_en.html.

The conference will be held on the 17th of November 2017, in "Best Western" Hotel, Konstitucijos av. 14, Vilnius.

Media representatives are more than welcome and are kindly invited to participate or watch live broadcast at Internet TV portal https://www.delfi.lt/video/

The conference is free of charge, however, we kindly ask you to register on the conference's website at http://konferencija.sauliusajunga.lt/index_en.html#registration, indicating the country, as well as the media channel you represent.

For any inquiries regarding the meetings with speakers, interview or filming please contact Daiva Bumblyte, primarily via e-mail at d.bumblyte@publicum.lt, in urgent cases please call at +370 686 23240.

For more information about the conference: http://konferencija.sauliusajunga.lt/index_en.html#top

Lithuanian Riflemen's Union (LRU) is a voluntary paramilitary civil self-defense organization, it's activities are aimed to strengthening the national security and defensive power of the Republic of Lithuania, as well as seeking to support the national defense structures in preparation of the mobilization reserve. LRU encourages citizens to actively contribute to the reinforcement of the defense power of the state, to strengthen public security and to foster national patriotism. The organization was founded in 1919, currently brings together nearly 10,000 riflemen, it is run by retired Lieutenant Colonel Gintaras Koryzna.

As the European Union ( EU ) decided to step up control of some weapons in the wake of terrorist...

After Lithuania reaches 2 percent of the gross domestic product (GDP) for defense next year, the...

A group of Ukrainian school children from war-struck Eastern regions are attending a camp of the...

Vershbow: US could deploy another brigade in Europe

The United States may decide within the coming year to station yet another military brigade in...