How to make the deal of the deals with Russia? After dinner with E. Lucas

Mikko Waltari | the Lithuania Tribune
aA
Edward Lucas, the former senior editor of the Economist, visited Vilnius on January 10th — once again, should we say. He lived in Lithuania in the Nineties and is such a frequent commentator and visitor in Lithuania that he even speaks the language a bit. His work has been revolving around Russia for so long that he has become a synonym for Russophobia, an accusation he is sharing with the three Baltic States. 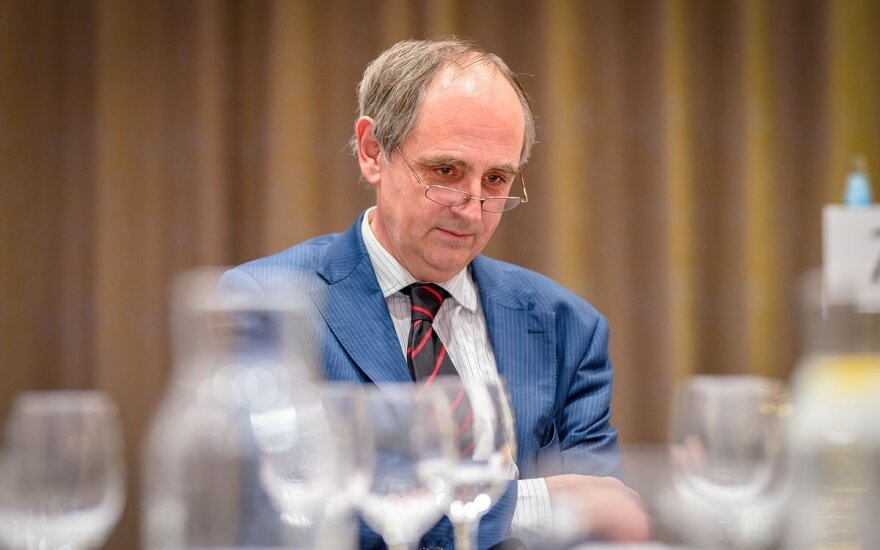 Lucas published his book The New Cold War in February 2008, only six months before the Georgian war. His warning was ignored in majority of western democracies until Russia’s annexation of Crimea in 2014. The Russian operation took place at the time of Lucas was preparing the new edition of his book. In some other instant one should feel pleased. I am alarmed, writes Lucas in the 2014 edition forewords.

Related articles
Skvernelis’ dangerous game: we risk to bury the opportunity granted to Lithuania by Trump and Putin
Opinion: Putin the troll

If anyone expected to hear any crucially new facts during his speech for Nordic chambers of commerce, there was a disappointment waiting them in the event. Nothing that Lucas hasn’t already said was announced, neither real updates on the situation nor any soothing words about soon to be solved crises. Russia is, and probably will be for the future unseen, a mob-operated state – branded itself as a managed democracy – supported by the brainwashed majority of its citizens. However, it is always interesting to meet with a person so educated about Russia as Lucas is, and he is a very good speaker. While an easy-going chatterer – just what we could expect from a British journalist – with a posture of a literary professor instead of a straight-backed Nato-officer, his words carry both the fire and the fury against Putin’s Russia.

After the speech and a Q/A-session given ironically by a lit Christmas-tree that seemed to be waiting for the Julian New Year celebrators, my Nordic friends’ laconic description of Lucas as extremely outspoken is an understandable comment from the countries that have chosen more pragmatic and less ideological approach to dealing with their great neighbour. The history has proofed that coolheaded relationship, which might be as well called Finlandization, worked especially well in Finland in the past days. But where does the pragmatics take us when the ideology to protect our values is sold out? At least Sweden and Finland are waiting no longer to find that out, but investing in military defence, whereas Lithuania has opened its LNG-terminal and the EU Competition Commission finally showed its teeth by unbundling Gazprom monopoly. Nevertheless, Serbia and Bulgaria are still under some influence of Russian energy, while a European-wide gas-pipe interconnection is missing, Lucas lists.

As Lucas pointed out, so far it has been mostly Putin who’s feeding the ball. Meddling in our internal affairs by supporting populistic political parties has led many member-countries dissonate with the values of European Union. Trump administration is problematic too, because it makes it easy for Putin to say that we are not so different at all. Poland and Hungary, even if Lucas praised Poland'santi-Russian attitude, are worrying the EU with their democratic regression. This makes them and Hungary to play into Russia’s pocket, Lucas mentioned. Similarly, Brexit is causing major distraction from more productive activities.

It is about time we began to feed the ball ourselves. Changing the name of the street on which Russian U.S. Embassy’s is located to Boris Nemtsov Avenue in Washington D.C. is merely a prank, just as the current economic sanctions are. Alas, we are far from being tough enough, Lucas marked. The failed attempts during 2017 French and German elections seem to have led Russia to find a new approach, instead of giving up. We should try to be one step ahead.

We may presume that Putin’s authoritarian rule and his future depends on controlling the Russian assets. While Russian people are seemingly free to desire material recognition, they are far from desiring equal rights from the state. Putin cannot allow Russian industry to develop and renew beyond his control, because the stronger the private sector, the stronger the aspiration for recognition becomes. Instead, Kremlin is slowly hanging itself by depending on the limited natural resources. Big part of the income from these resources has been attracted to the Western market, especially to the City. Russian investments in the West could be considered a threat, but also as an opportunity: according to Lucas, if we controlled the investments more strictly, it would bring the ball back to us.

One way to play the ball would be launching snap exercises to freeze the Russian assets abroad – practicing possible hostile scenarios similarly to Russia’s military drills. This is what makes the current cold war different from the previous one: Russia is economically tied unlike Soviet Union, meaning that we should change from nuclear retaliation to financial deterrence that could have the same power in today’s world.

We should keep our own backyard free of the weed by not allowing Kremlin’s disinformation to root. Lucas agreed to a suggestion that we should make it an absolute that all our own citizens have equal rights, if not equal wealth, by giving them sufficient possibilities for education and financial support.

The final recommendation by Lucas was to watch the new BBC-drama McMafia, which gives us a real vision of how Russian crooks invaded Britain, as soon as it becomes available in our country.

Skvernelis’ dangerous game: we risk to bury the opportunity granted to Lithuania by Trump and Putin

Tolkienites would say that trolls are creatures originated from stone and that they lurk in dark caves...

Lucas – big and bad news for the Baltics

Putin's Russia. The dangerous illusion of independent and western oligarchs (2)

I decided to dedicate one more essay in the "Putin's Russia" series to Russian oligarchs because of...

Speaking at the fourth annual Traditional and Renewable Energy Forum on 13 May in Vilnius,...