BNS
aA
Mantas Zalatorius, president of the Association of Lithuanian Banks, who was on Tuesday detained on suspicion of influence peddling, was released later in the day following his interrogation, his lawyer said. 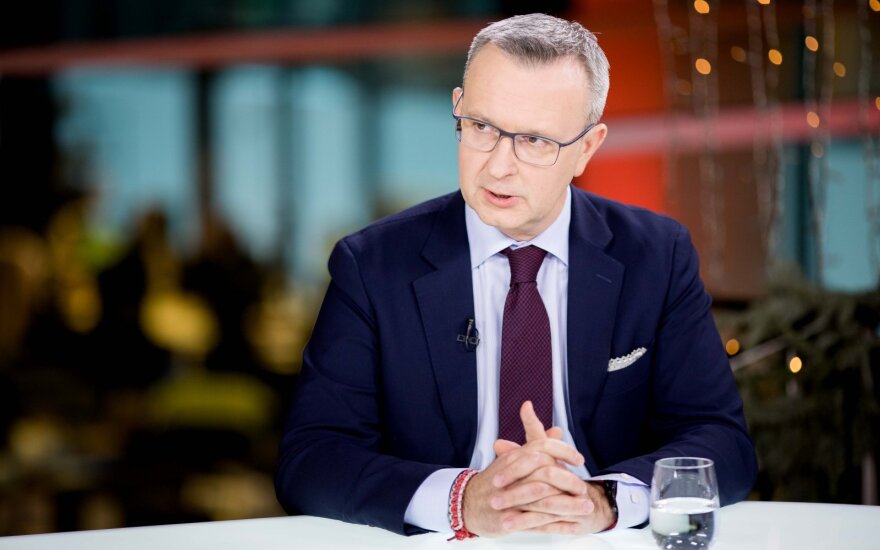 "He's at home. He was released late last night after his interrogation," Aidas Mazeika told BNS on Wednesday.

In his words, Zalatorius is suspected of influence peddling, and searches were carried out at his home on Tuesday.

"A search took place at his home from the morning. (..) At home, at his workplace, in his car – traditionally," the lawyer said.

Mazeika also added that he and his clients refrain from any comment on the ongoing investigation yet.

On Tuesday, Sutkus, Zalatorius and another four people were detained by law enforcement officials on suspicions of unlawful influence on legislative processes. But specific charges for the detained persons were not disclosed.

The detentions came as part of an investigation by the Special Investigation Service (STT) and the Prosecutor General's Office into suspected large-scale bribery, graft, influence peddling, embezzlement and document forgery.

"A person is deemed a suspect from the moment of their detention. We don’t provide any detail on what specific suspicions have been brought against specific persons," Renata Kebliene, spokeswoman for the SIS, told BNS.

Law enforcement institutions believe the possible crimes are linked to unlawful lobbying and influence of legislative processes, and are also investigating the origin of 400,000 euros belonging to Sutkus.

The prosecution service says law enforcement bodies have sufficient evidence to suspect that Sutkus could have used his office, social status, contacts or other means of influence to push through various pieces of legislation for unlawful financial reward.

CEO of Kauno Tiltai detained as part of corruption probe (1)