(1)
BNS
aA
The Lithuanian parliament on Tuesday imposed harsher penalties for those flouting coronavirus quarantine rules but did not back the government's proposal to increase prison sentences if a person's guilt for spreading the virus is proved. 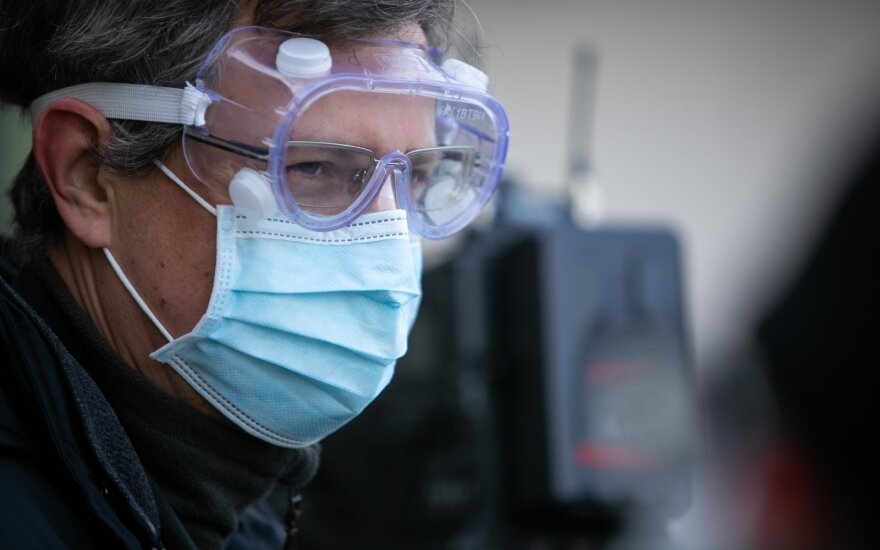 Under the adopted law, fines for breaking the rules will range from 500 to 1,500 euros for private individuals and from 1,500 to 6,000 euros for businesses. Police will be given the right to impose fines.

Currently, the fines amount up to 140 euros for private individuals and up to 600 euros for businesses and can only be levied by public health specialists.

But there was a lack of votes in the parliament to increase the maximum prison term, from three years to five years, for someone who causes the spread of a disease or an outbreak by failing to comply with the rules. The Justice Ministry had proposed increasing the prison term to five years.

Lawmakers also failed to adopt an amendment that an adult who is aware of their illness but fails to take the necessary protective measures, thus exposing other people to the virus, could face up to a year on jail. The existing law does not provide for imprisoning such violators unless it is proven that they caused the spread of the disease.

70 lawmakers voted for tougher administrative liability, two were against and 31 abstained. The amendments to the Criminal Code were not adopted as fewer than half of lawmakers – 59 – had registered to vote.

Supporters of the government amendments say harsher penalties would deter offenders. Meanwhile, critics say they are only imitating the resolution of social problems, saying that unavoidability of penalties, and not increasing them, is the best way to deter offenders.

Coronavirus cases rise to 581 in Lithuania

On Wednesday, 1st April, there were 581 confirmed COVID-19 cases in Lithuania.

8th death in Lituania due to coronavirus

On Tuesday it was announced about another death of a patient with the novel coronavirus .

Lithuania currently has 27 severe COVID-19 cases and the coronavirus outbreak has not yet peaked,...

Lithuania bans all passenger air and ferry travel from Saturday

The Lithuanian government on Wednesday imposed a ban, effective from Saturday, on all passenger air...

On 2nd April there were 649 confirmed COVID-19 cases in Lithuania.