BNS
aA
Two members of Lithuania's four-strong delegation have opted to boycott the Parliamentary Assembly of the Council of Europe's (PACE) session that is getting underway in Strasbourg on Monday. 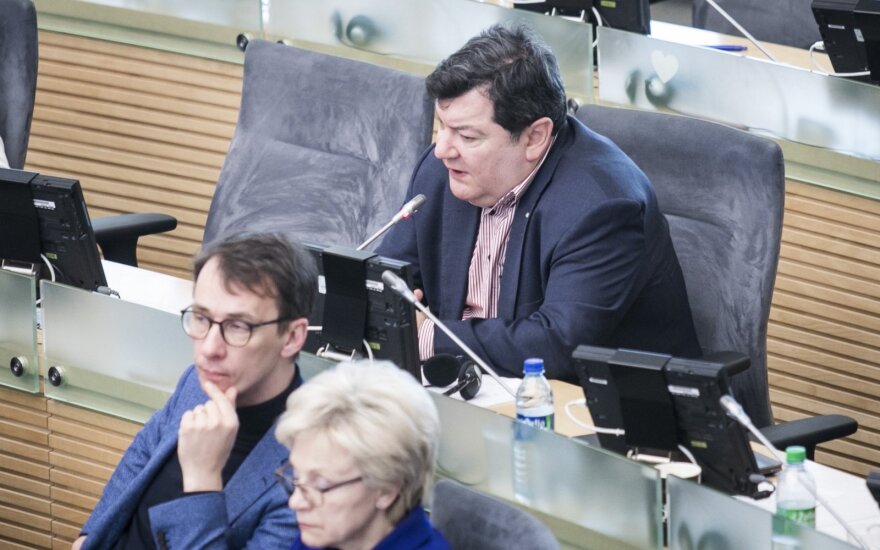 Emanuelis Zingeris of the conservative Homeland Union–Lithuanian Christian Democrats and Simonas Gentvilas of the Liberal Movement say they are thus protesting Russia's return to PACE.

In June, PACE voted in favor of restoring Russia's voting rights which had been restricted in the wake of Moscow's annexation of Crimea in 2014.

The Lithuanian Foreign Ministry supports the other two members of the delegation, Algirdas Butkevicius and Egidijus Vareikis, who chose to attend the parliamentary forum.

According to Butkevicius, the head of the delegation, countries of the Baltic and Nordic discussed earlier this month a joint response to Russia's PACE reinstatement and decided that it would be best to go to the session and outline their position regarding the decision there.

"It was decided that it would be best to deal with this on-site," he told BNS.

Butkevicius said that in protest, the Lithuanian delegation would boycott an event marking the 70th anniversary of the Council of Europe.

The Seimas Board had given the go-ahead for all four MPs to travel to Strasbourg, but the two opposition parliamentarians eventually opted not attend the session.

"I decided to skip the autumn session's meetings from late September to early October (and) not to take part in any of (...) the session's activities," Zingeris told BNS.

"The Assembly has reached such a moral crisis for the first time in its history," he added.

According to Zingeris, the key factors that determined his position were a request from Elizaveta Yasko, head of the Ukrainian delegation, and Moscow's refusal to implement the Council of Europe's resolutions on aggression against Ukraine, the downing of the MH17 flight and human rights abuses in Russia.

Gentvilas told BNS that Russian MPs had been returned to the assembly despite their country's failure to comply with the European Court of Human Rights' rulings.

The Foreign Ministry says the Lithuania delegation's participation in the session will be more helpful than a boycott.

According to the ministry's spokeswoman, the parliamentarians will have an opportunity to voice their position not only during the session, but also at a meeting with France's European Affairs Minister Amelie de Montchalin.

"In the Foreign Ministry's opinion, the Lithuanian delegation's participation in the PACE session is important for expressing its position both during the session and at the scheduled meeting with the French minister for European affairs (...)," Rasa Jakilaitiene told BNS.

PACE calls on Belarus not to issue Astravyets NPP license

The Parliamentary Assembly of the Council of Europe has called on the Belarus nuclear regulatory...

An entry ban imposed on Moscow on Lithuanian MP Emanuelis Zingeris will complicate his work on a...

Russian opposition politician Alexey Navalny was spotted in Vilnius on Wednesday, the Lrytas.lt...