Guns missing from Weaponry Fund were on sale on black market

BNS
aA
Lithuania's Criminal Police is carrying out a large-scale investigation into the sale of guns from the country's Weaponry Fund on the black market. 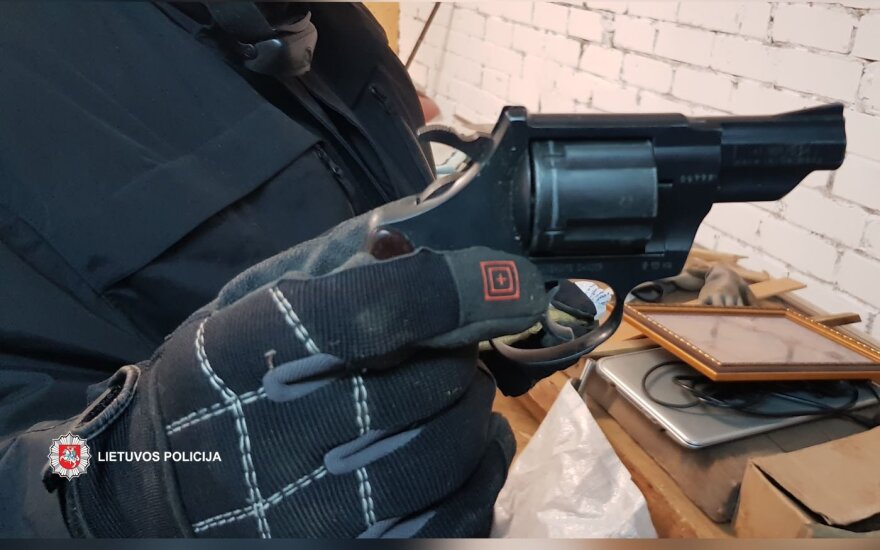 "There's an ongoing pre-trial investigation into illegal possession of ammunition, explosives and guns, as well as their sale," Lithuania's Police Commissioner General Linas Pernavas told a press conference held at the Police Department on Tuesday.

224 various guns have been seized during detentions and searches.

In his words, one of the detained suspects worked at the Weaponry Fund in 1996-2006 and was in charge of the reception, storage and destruction of guns.

"Based on the existing evidence, the mentioned suspect stole those guns from the Weaponry Fund and this way illegally acquired them and then organized and carried out their sale with accomplices," Pernavas said.

He said the guns should have been destroyed.

Rolandas Kiskis, head of the Lithuanian Criminal Police Bureau, said the probe was launched more than two years ago.

"The pre-trial investigation was launched after the mentioned criminal intelligence information was confirmed, following a serious of actions, using a wide spectrum of intelligence methods," the officer said.

In his words, seven people were detained during the police operation.

"There were found to be in possession of over 200 automatic guns. (…) The majority of those guns were fully-operational combat guns," he said.

Two of the detainees were known to the police and had links to organized crime.

Martynas Jovaisa, chief prosecutor from the Prosecutor General's Office's Organized Crime and Corruption Investigation Department, told the press conference that four suspects were detained last summer, and the remaining three were detained in September and October.

In his words, documents were seized from the Weaponry Fund on Tuesday. The investigation will now look into whether all the guns entered circulation from the fund.

Five orthopedic product retailers in Lithuania are suspected of defrauding the National Health...

The Seimas of Lithuania on Thursday backed President Dalia Grybauskaite's veto on the right to have...

Like Holywood movie: Lithuanian journalist reveals secrets of prison life that are hard to believe

“I’ve always wanted to live a normal life. I’ve only slipped once and I understand my fault. But...

Traders in precious metals in Lithuania are suspected of illicit million-worth asset legalization...

Investigation launched into Heil Hitler inscription on synagogue in Kaunas

Lithuania's police has launched a pre-trial investigation into a Heil Hitler inscription on the...