BNS
aA
The world can no longer play the double game with Belarusian President Alexander Lukashenko's regime and it needs to be politically and diplomatically isolated, ex-Lithuanian President Dalia Grybauskaite says. 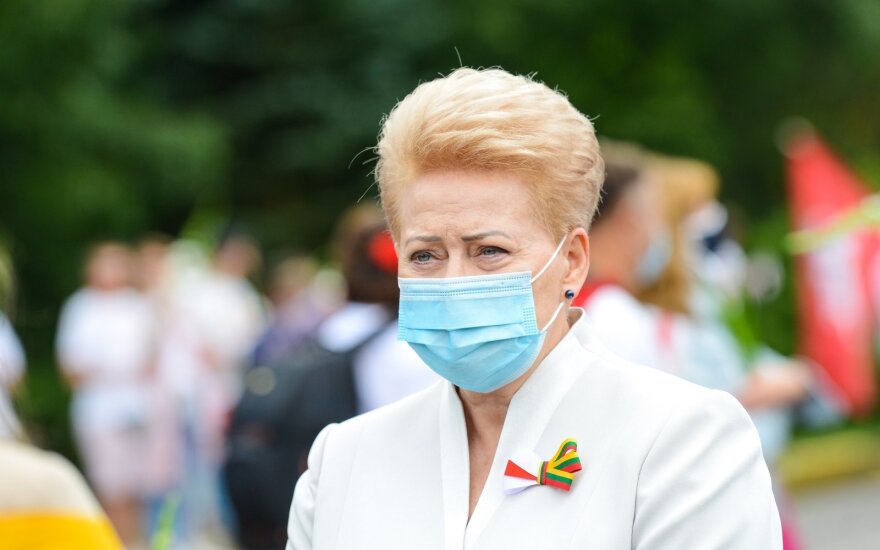 "This regime should be politically and diplomatically isolated in the world. And we need to impose not only serious political-diplomatic but also economic sanctions to specifical representatives of the regime, not the Belarusian nation," she told the national radio LRT on Sunday.

Grybauskaite arrived in Medininkai, a town near the Belarusian border, to take part in the Freedom Way campaign organized to support Belarusian people fighting for democratic changes in the country.

"This regime needs to know how the world sees it. Enough of those games and sitting on two chairs as the West and we have done in part when we see something and don’t see other things as economic ties are very important," Grybauskaite said.

"Now, after such massive use of brutal force against its own nation, which will be named as crimes against humanity sooner or later, I see that we can no longer play the double game if we want to be loyal to our freedom and the path we have gone through," she said.

The announcement by the Belarusian authorities that Lukashenko won the presidential election on August 9, received 80 percent of votes and was re-elected for a sixth term sparked protest in Belarus, which are still ongoing. They are being suppressed with force as around 7,000 people have been detained so far, with many of them reporting beatings and torture at detention facilities. Three people have already died during protests and hundreds have been injured.

„It's very important for any country to feel that it's not alone. And today we show that Belarusians are not alone," the former president said.

Some 50,000 people plan to join their hands and form a human chain in Lithuanian from the capital Vilnius to the Belarusian border in solidarity with the people of Belarus on Sunday evening.

The chain will be formed on the anniversary of the Baltic Way which was formed on August 23, 1989 from Vilnius to Tallinn when over a million people sent a message to the world on Lithuanian, Latvia and Estonia's aspiration to end the Soviet occupation and restore independence.

Protesters demanding a free election in Belarus are no longer the opposition, they are the majority,...

The Lithuanian government announced on Thursday plans to open a business representation office in...

Lithuania comes in 159th in terms of the 14-day COVID-19 case notification rate among the European...