BNS
aA
EU leaders are starting on Tuesday talks on candidates to take up the bloc’s top jobs. 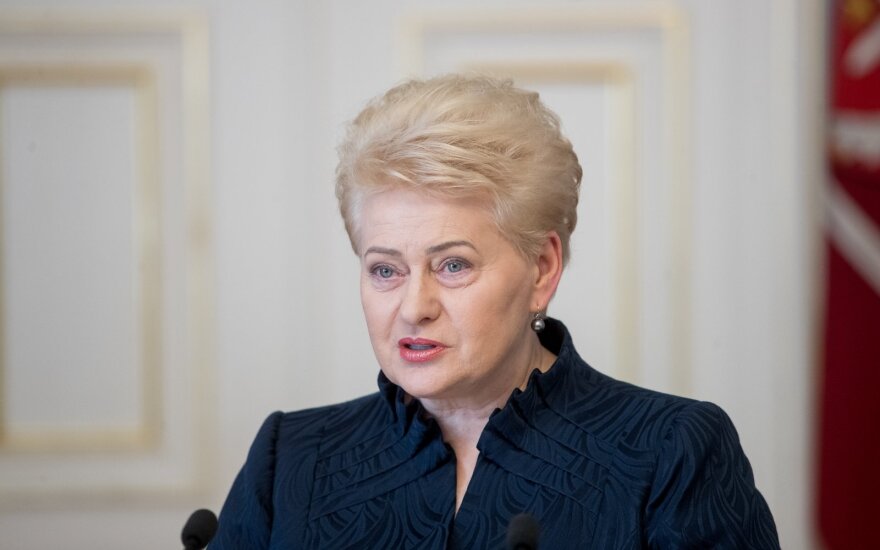 Lithuania's outgoing President Dalia Grybauskaite has been mentioned by diplomats and politicians as a possible candidate to be the next president of the European Council, the job now held by Poland's former Prime Minister Donald Tusk.

The next presidents of the European Commission and the European Central Bank and the EU 's foreign affairs chief will also be selected. Both a candidate's personal qualities and traits and the countries they come from will be looked at in the discussions.

Here are Grybauskaite's strengths and weaknesses as a contender:

EXPERIENCE. Grybauskaite has extensive European experience: she has participated in EU summits for 10 years and has in the past worked as the EU's budget commissioner and has represented Lithuania at meetings in Brussels as its finance minister.

REGION. At least one high-ranking post should go to Central and Eastern European countries. Apart from Grybauskaite, other potential contenders from the region include Bulgarian economist Kristalina Georgieva, Slovak diplomat Maros Sefcovic and Latvia's former Prime Minister Valdis Dombrovskis. Critics may ask whether it is fair for a politician from Poland to be succeeded by one from a neighboring country.

GENDER. With gender equality being is a key element in European politics, at least one top job should be given to a woman. Apart from Grybauskaite and Georgieva, other contenders include Danish politicians Margrethe Vestager and Helle Thorning-Schmidt, and Christine Lagarde, the French head of the International Monetary Fund.

RUSSIA. Grybauskaite is the toughest critic of Moscow among all EU leaders. She called Russia a "terrorist state" in the wake of its annexation of Crimea from Ukraine. Most European politicians are more favorably disposed toward dialog with Moscow. On the other hand, if a more pro-Russian politician were given the job of the Commission president, the two leaders could balance each other out.

CHARACTER. Grybauskaite is known in Brussels for her straightforwardness and harsh rhetoric. Her supporters may call it an alternative to the unpopular bureaucratic way of speaking, but critics doubt whether she would be able to reconcile different positions in search for a consensus.

NO PARTY AFFILIATION. Grybauskaite has no affiliation with any political party, which may prove a handicap if European parties seek to push through their candidates. However, if they fail to reach a deal, a candidate with no party affiliation may turn out to be the only possible compromise. Grybauskaite is seen in Europe as a center-right politician, even though she is not a member of the European People's Party which brings together center-right parties.

STATE. The principle of rotation will be an important factor in doling out the EU's top posts. Thus, a politician from a large country being succeeded by one from a small country could be an argument in Grybauskaite's favor.

More support from EU: 300,000 eur for introducing circular economy roadmap across in Lithuania

On 8th of May the European Commission presented the first results of an initiative launched a year ago...

Foreign minister: EU has no future unless people are engaged

As Lithuania prepares to celebrate the 15th anniversary of its EU membership on Wednesday, Foreign...

Poland does not support outgoing Lithuanian President Dalia Grybauskaite as a candidate for the...

The ongoing difficult division of EU posts reflects the growing influence of European parties, and the...