DELFI EN
aA
Reykjavik Global Forum's Women Leaders address the world's business and governments to rethink leadership in the context of equality between woman and men. 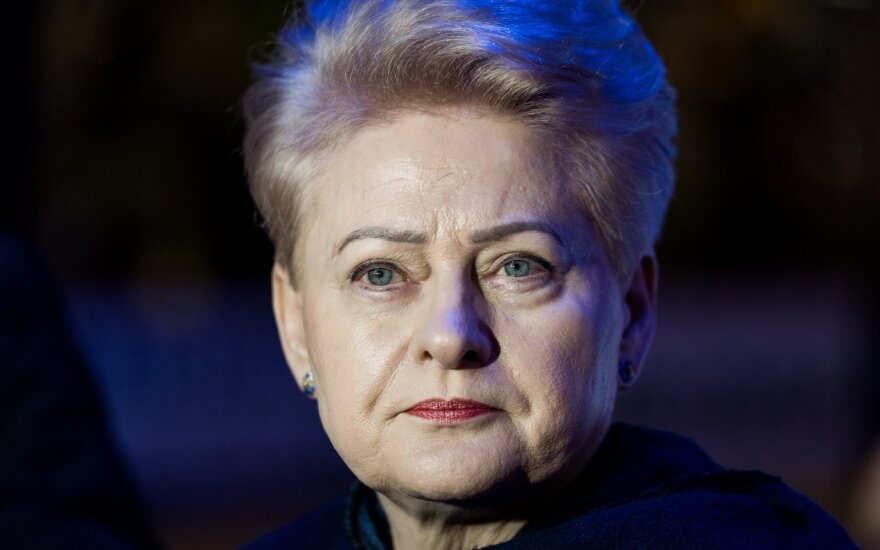 13 former women Presidents, including Dalia Grybauskaitė, and Prime Ministers are calling on government and business to redefine leadership, as the Reykjavik Global Forum – Women Leaders kicks off this week.

"2020 has shown that it takes extraordinary leadership to build and guide societies that are equipped to stand the test of global challenges. For us to really construct our societies to better face global challenges, we need to make progress on equality between women and men in the political arena. We urge governments and business to lead the way in making progress.

Indira Ghandi, Margaret Thatcher, Angela Merkel... Regardless of how one feels about their political affiliations the names of these political leaders stand out for their service to their countries. They are also part of a small group of women political leaders around the world that are exceptional for having steered their countries with a steady hand through challenging times.

Over the past four years, 33 women political leaders will have accepted the Trailblazer Award for breaking political glass ceilings and reaching the highest echelon of political leadership, presented to them by Women Political Leaders (WPL). They will be honoured at the Reykjavik Global Forum from 9 – 11 November under the theme of Power, Together.

The image of 33 women political leaders from around the world stands in stark contrast to the images we are used to seeing from regional political power summits, which tend to be all male or with the rare female leader.

While the importance of gender balance for successful decision making is well evidenced - whether in the boardroom or in government - the Reykjavík Index for Leadership shows that perceptions of men and women’s equal suitability to lead are not progressing. Just 46% of society is very comfortable with a woman as head of government, and 48% with a woman as CEO of a major national company. In other words, the Index, which measures how people feel about women in power, shows that more than half of people in the G7 countries have some discomfort with women as leaders. This trend has remained consistent over the past 3 years.

The numbers get worse in the Index that was extended to Brazil, China, India and Russia – but the range in views between men and women narrowed. This year’s Index was also extended to Kenya and Nigeria, with the latter representing the lowest score and an Index of just 47. A score of 100 means that across society, there is complete agreement that men and women are equally suited to leadership

Role models are important, and as the images from regional leadership meetings show, there are woefully few women political leaders. The Index also looks at views of leadership in different industries and despite the traditionally few women leaders in finance & banking the Index here has narrowed, perhaps reflecting women like Christine Lagarde and Kristalina Georgieva taking on the leadership of the European Central Bank and the International Monetary Fund respectively.

2020 is a watershed moment for many reasons. The global challenges thrown up by COVID-19 have underscored the need for greater women’s leadership and parity in decision making. This is also the year of global anniversaries - the 75th anniversary of the UN and the 25th anniversary of the Beijing Declaration and Platform for Action. Five years ago, UN member states adopted the 2030 Sustainable Development Agenda and united on its seventeen goals. The goals are all interconnected and Goal 5 on gender equality cuts across all of them. Yet, this is the goal many countries are the furthest from achieving.

As Trailblazers, we urge governments and business to lead the way. For us to really construct our societies to better face global challenges, we need to make progress on Goal 5 on gender equality. But gender equality doesn’t happen by chance, we need to work towards it. The Reykjavik Global Forum 2020 should act as a catalyst to action for us all to Power, Together to place equality at the heart of the reconstruction of our societies."

Lithuania moves one notch up in Gender Equality Index

Lithuania has gone up a notch to the 22nd position in the European Union's Gender Equality Index.

Innovation sprint aims to bring together tech-minded women together

A band-aid that assesses pain levels quickly and accurately. Sustainable packaging made from tomato...