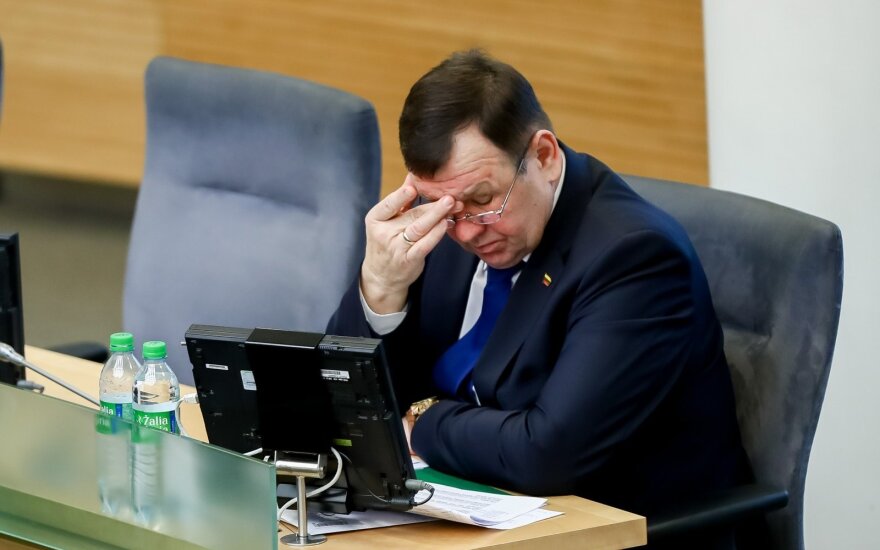 Pukas was found guilty of harassing the first young woman as she was his assistant and was depended on him due to work relations. The other three young women only applied to work for the former MP.

"The court (…) concluded that a higher level of dependency was needed," Judge Albinas Bielskis said.

Pukas was also found guilty on a separate charge of violating gun possession rules. "Pukas had a gun, bragged about it and kept the key irresponsibly in a drawer," the judge said.

Pukas denies his guilt and plans to appeal. "I will appeal with the Supreme Court," the ex-lawmakers told BNS Lithuania.

In March, the Vilnius Regional Court acquitted Pukas of sexual harassment due to a lack of dependency between Pukas and the young women, and, thus, the Penal Code article cannot be applied.

The prosecutor and the four victims subsequently appealed.

The pre-trial investigation into Pukas' alleged sexual harassment was launched in March, 2017. It found out that Pukas, serving as an MP, could have sexually harassed persons dependable by their service or otherwise, for several months.

Pukas renounced his mandate in January, 2018 before a vote on stripping him of his mandate.

The Constitutional Court later ruled that Pukas violated the Constitution, sexually harassing his assistants and female candidates for this position.

The Seimas of Lithuania breached the country's Constitution when it established a special commission...

Justice Minister Elvinas Jankevicius has asked the Constitutional Court to clarify how to...

The Lithuanian Constitutional Court ruled on Thursday that criminal intelligence data can be used...