(1)
BNS
aA
As the rate of irregular migration from Belarus to Lithuania is not slowing down, the European Union has to impose sanctions on all participants in this process, Foreign Minister Gabrielius Landsbergis said on Monday. 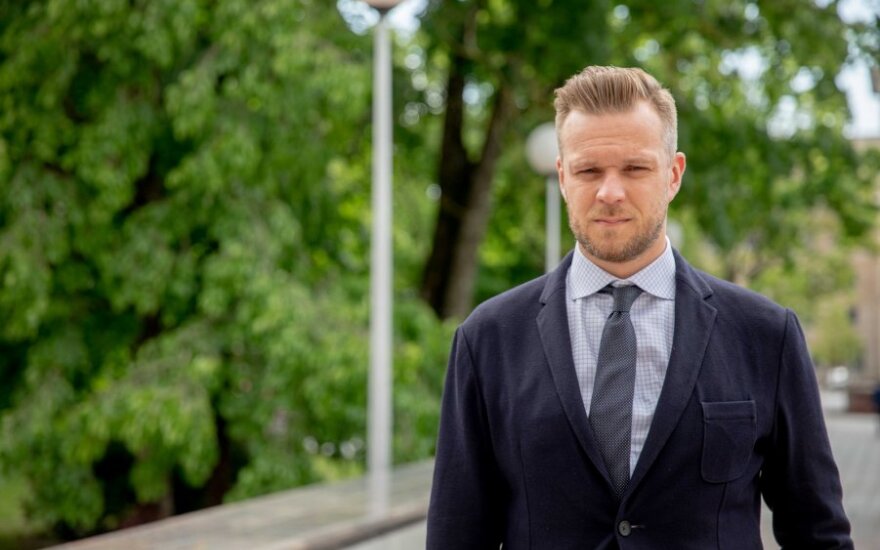 "Friendly diplomatic efforts with Iraq and Turkey by either the EU or Lithuania seem to be yielding no results," Landsbergis told BNS. "EU bodies have to offer sanctions packages for all those involved in the smuggling route."

The comment comes as Iraq's air carrier prepares to operate flights to Minsk from another three Iraqi cities – Basra, Erbil and Sulaymaniyah. This information is available on the websites of Minsk Airport and Iraqi Airways.

The minister said that Lithuania itself "needs to undertake total border protection", too.

"It may be the only solution to deter human smuggling," he said.

European Commissioner for Home Affairs Ylva Johansson, on a two-day visit to Lithuania, admitted that "more needs to be done" to resolve the migrant crisis.

Johansson noted, however, that Iraq and other countries "have been more constructive than I actually hoped for" in discussions on reducing the number of flights and returning migrants to their countries of origin.

"But this is something that needs to be continued. (…) The EU has a lot of power when we reach out to third countries," she said.

Last week, the EU said it was pressing Iraq to stop the inflow of migrants trying to reach Lithuania via Belarus.

Johansson said she had already proposed new measures related to the issuance of visas to third-country citizens if specific countries failed to comply with international commitments on migration.

This year so far, almost 4,000 irregular migrants have crossed into Lithuania from Belarus, compared to 81 in the whole of 2020.

Lithuania has declared a state-level extreme situation over the migration influx which it says is being orchestrated by the Belarusian regime.