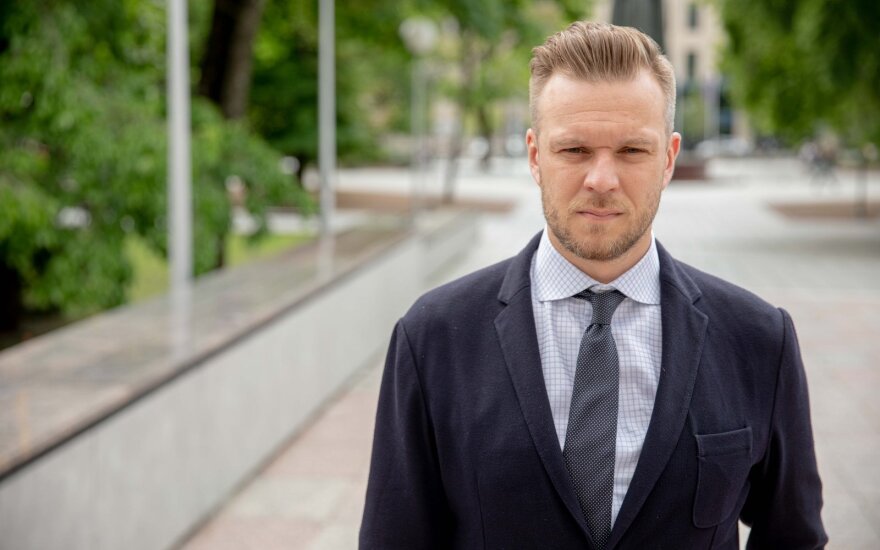 On Monday, EU foreign ministers agreed on sectoral sanctions for the Belarusian economy as the EU is beefing up pressure for the Minsk regime in response to the forced diversion and landing of a Ryanair passenger plane in late May.

"There's a possibility that it will affect Lithuania. (…) But lawyers are expected to prepare explanatory notes specifically on transit, on the scope of sanctions. And then with those explanations in mind, heads of state will endorse," Landsbergis told the national radio LRT on Tuesday, adding that work is still in progress on certain specific details.

The foreign minister did not elaborate on which Belarusian business sectors would be affected by the sanction package but added that the affected areas would include potassium fertilizers and oil.

"I wouldn't want to speculate as the list is not finished yet and it should be published on Thursday during the European Council. As far as I know, there are seven sectors that are on the sectoral sanction list," Landsbergis said.

As the EU's foreign policy chief Josep Borrell said on Monday the EU cold draft the fifth package of sanctions for Belarus, the Lithuanian foreign minister says it sends an important message to the Belarusian regime.

"I believe it’s a very important signal. (…) It also sends a message that (the existing sanction package – BNS) is not necessarily final and the European Union can move further and step it up. So, Lukashenko is still left with certain space for the regime to rethink and change its action and release political prisoners, stop its crackdown on the opposition and, finally, allow holding a free election," Landsbergis said.

As more and more illegal migrants, mostly Iraqis, enter Lithuania from Belarus, the minister said Lithuania could receive assistance from the European Union.

"I had several occasions to express Lithuania's position. So, first of all, I informed my colleagues about the existing situation in Lithuania and said that a day might come when we would need assistance from partners and from EU institutions. (…) I was really assured by my colleagues that assistance would be provided," Landsbergis said.

While in Brussels, Landsbergis also asked his Iraqi counterpart Fuad Hussein for assistance in returning illegal migrants from this country, crossing into Lithuania from Belarus.

Landsbergis told BNS on Monday the two ministers discussed possibilities for Iraq to delegate a consular official to Lithuania to help identify Iraqi citizens who had arrived in Lithuania and later failed to get asylum, and also assist in the preparation of documents for their return to Iraq.

The Lithuanian minister also asked his Iraqi counterpart to accept a Lithuanian border officer at Baghdad Airport to help step up control of Iraqis flying to Minsk.

As the European Union is set to ban exports of potassium fertilizers from Belarus via the Lithuanian...