BNS
aA
Lithuanian Foreign Minister Gabrielius Landsbergis confirmed that he presented for candidates for ambassadorial posts to the parliamentary Committee on Foreign Affairs (CFA) on Friday, but he would not disclose either their names or the countries. 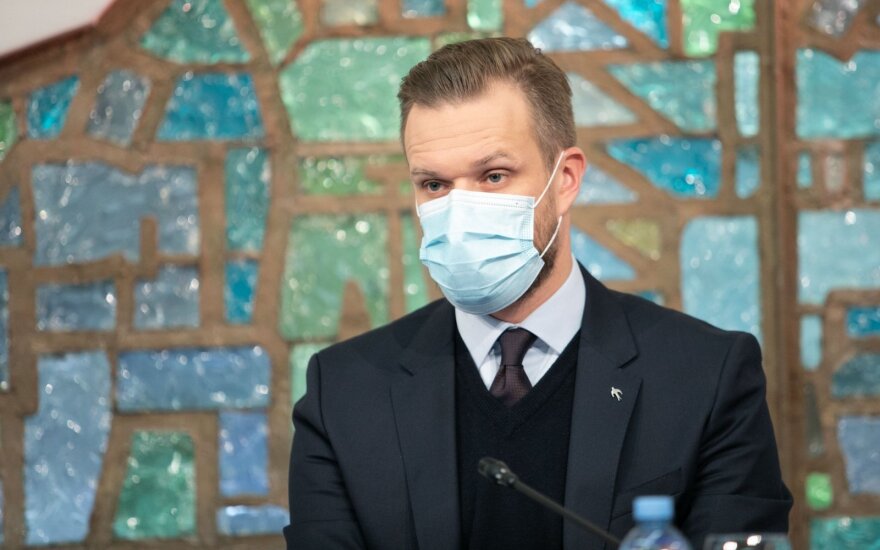 Landsbergis said the candidates had been approved by President Gitanas Nauseda' office and confirmed that Vygandas Jankunas, who was said to be the president's candidate for Lithuania's envoy to the EU, was not among the four.

"The stage of silent negotiations is over (and) candidates were presented during the closed meeting of the CFA today. This marks (the start of) the official part," the minister told reporters.

"We're now starting the approval procedure. It consists of a secret ballot by the CFA, which has taken place, and then requesting the (host) states' consent, the so-called agrément. The process is secret until we have received the state's consent," Landsbergis said.

"I can't give you either the names or the states. That's the law. Besides, this is a matter of the state's prestige; we leave open the option for the host countries to say 'no'," he added.

The nomination process has taken time as the president's office and the Foreign Ministry could not agree on candidates for the posts of ambassadors to the United States and the European Union.

Diplomatic sources said earlier that Lithuania's former ministers of foreign affairs and defense, Linas Linkevicius and Raimundas Karoblis, had been considered as candidates for the ambassadorial jobs in Washington and Brussels.

However, Nauseda said a couple of weeks ago that he would not appoint the two former ministers as ambassadors because they needed a "political cooling-off" period.

The president also confirmed earlier that he wanted the job of ambassador to the EU to be given to Vygandas Jankunas, a policy officer at the European Commission who helped him during his 2019 presidential election campaign.

When asked if the protracted nomination process could harm the state's prestige, Landsbergis said he did not think so.

"As long as we don't announce what positions these people are appointed to, it does no harm. We're looking for the best candidate. Views differ. This is an internal discussion," the minister said.

"In Lithuania, we're discussing if a person who has been in the civil service for 30 years and served as minister for four years can return to the civil service and continue to work. That's what the discussion is about," he said.

"In my understanding, the person can and should (return to the civil service), because (otherwise) we're sending a bad signal to all civil servants whom we're trying to bring into the political field, too, because we need their expertise," the minister added.

Landsbergis said he expected Lithuania's ambassador to the US to be appointed "very soon".

The American Chamber of Commerce in Lithuania last week urged Nauseda to appoint the country's ambassador to Washington as soon as possible. The post has been vacant since the end of last summer.

Nausėda: three candidates for envoys agreed on seven more up next

The Lithuanian president has agreed on three candidates for ambassadors with the government and the...