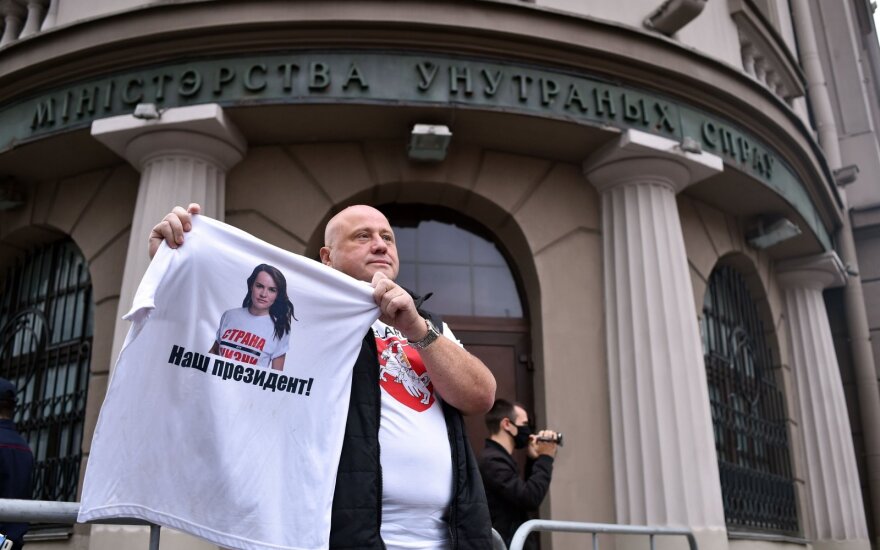 Thirty-two names are on the list that was drawn up by the Foreign Ministry and was sent to the Interior Ministry for approval on Wednesday, according to Linkevicius.

"We welcome the European Council's resolution to proceed with (...) European sanctions, which is very important," the minister told BNS.

"In support of this decision, we have triggered the process of introducing national sanctions on those who used violence and excessive force, on the heads of the institutions responsible for those actions, (and) on those who rigged the election," he added.

This will be Lithuania's contribution to the EU's collective action in the wake of the events in Belarus, Linkevicius said.

If the proposed sanctions are approved by the Interior Ministry, Lithuania will ban entry to 32 individuals, including President Alexander Lukashenko and some people close to him, according to the minister.

"I won't give the names. I'll only say that there are 32 names, including Alexander Lukashenko and other officials from the responsible structures: OMON, KGB (and) the electoral commission," Linkevicius told BNS.

"The sanctions are, frankly, quite symbolic, because the most important thing will be European sanctions. But this is a measure we can take at the moment," he added.

Interior Minister Rita Tamasuniene told BNS on Wednesday evening that she had not yet seen the list, but would examine it on Thursday.

Belarus has been engulfed in mass protests since Lukashenko was declared to have won the August 9 presidential election with 80 percent of the vote. The opposition has dismissed the result as rigged.

Around 7,000 people were arrested in a police crackdown on protestors. Some detainees said they had been tortured in jail. Three deaths have been confirmed.

EU leaders decided on Wednesday to impose targeted sanctions against Belarusian officials who were directly involved in the vote-rigging and the repression of protesters, Lithuanian President Gitanas Nauseda said after the bloc's online summit.