BNS
aA
Lithuania's Ministry of Foreign Affairs on Monday summoned the Chinese ambassador and handed in a diplomatic note over an incident during a rally in central Vilnius in August, held in support of Hong Kong. 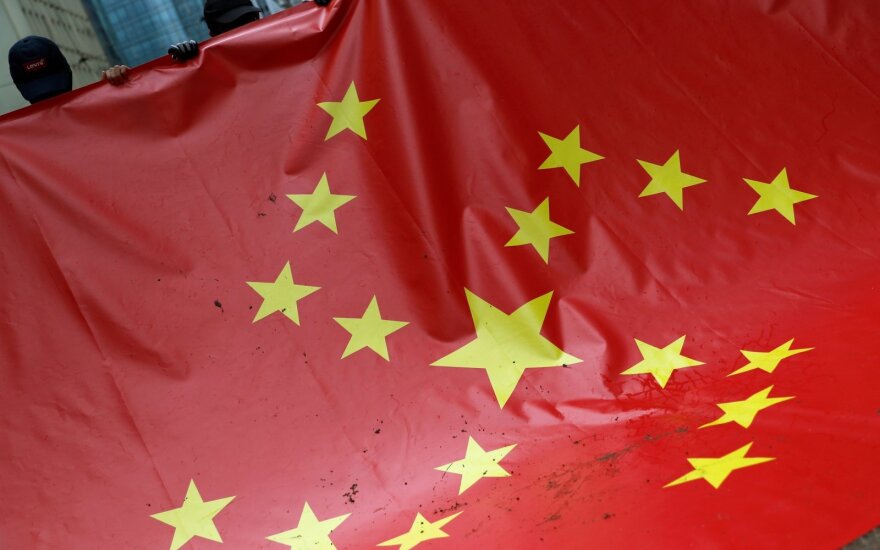 The note stated that the actions of the representatives of the Chinese Embassy, aimed at democratic freedoms, enshrined in the Lithuanian Constitution, and violating the public order are unacceptable and will not be tolerated, the ministry said in a statement.

"During the meeting, the Chinese side was encouraged to take all necessary measures to avoid the repetition of such incidents in the future," the Lithuanian Foreign Ministry said.

"Based on the information we have, the behavior of some diplomats crossed that line diplomats should have. We, therefore, expressed our regret and demand for similar actions not to be repeated in the future," the minister told BNS Lithuania.

"We believe it was not in line with the diplomatic status. The participation in the actions was more active than it should have been. Lithuania is a free country and one can express thoughts and opinions here but that should be done in accordance with the public order. It applies, first of all, to citizens, but the diplomatic corps must be neutral. They can observe but they should take a more active part in demonstrations or pickets," Linkevicius said.

The minister expressed hope the incident would not affect the bilateral relations between Lithuania and China. "I hope it won’t. In general, our relations have been developing pragmatically, respecting each other's interests, and I hope it will remain so," the minister said.

The incident in the Cathedral Square in central Vilnius took place on August 23 at the end of a rally when several hundred people gathered to voice support to Hong Kong activists who formed a human chain on that day to mark the 30th anniversary of the Baltic Way.

During the rally, Beijing supporters with Chinese flags initially observed everything near the square but once the demonstration participants started leaving, they mingled among the protest's initiators, with disputes leading to a brawl among Hong Kong and China supporters.

Last week, Lithuania's police issued fines of 15 euros for the violation of the public order to two Chinese citizens.

Lithuania's law-enforcement decided on Monday to launch an investigation into the apparent...