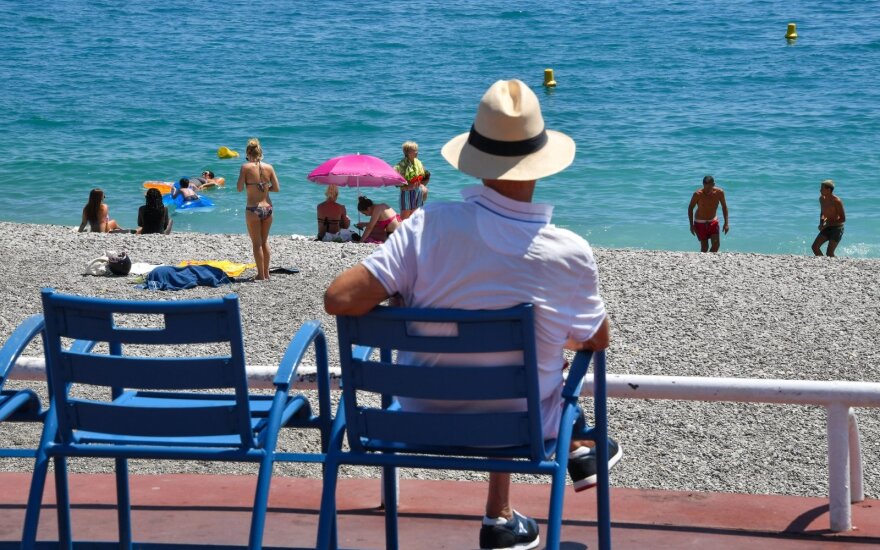 "One case was registered in the counties of Marijampole and Klaipeda each, three in Vilnius and two in Kaunas," Rolanda Lingiene, the director of the NPHC's Vilnius department, told a news conference.

The statistics do not include 14 drivers from Uzbekistan, hired by a Kaunas transport company, whose positive results came back later on Tuesday. A total of 18 cases, all of them foreign nationals, have been registered in the firm so far, but the number may rise, according to Lingiene.

The Klaipeda case is a long-haul driver who returned from Ukraine on July 4 and developed the first symptoms on July 12.

"The person is a long-haul driver, which appears to be becoming a problem," Lingiene said.

The Vilnius cases include another tourist who has recently been on a trip to Barcelona and a person who has recently returned from Poland. However, it is not clear yet if the latter person contracted the virus in Lithuania or Poland.

The third case is a Salcininkai District resident who developed symptoms on July 11 and was hospitalized. At least 16 people, including two ambulance crew members and nine hospital staffers, have been isolated.

The two Kaunas cases are employees of the transport company that has become a new coronavirus hotspot.

"Data on another 14 infections in the company came in later,” Lingiene said.

Based on the latest statistics, Lithuania has so far registered a total of 1,882 COVID-19 cases and 79 deaths.

Around 200 employees of Hegelmann Transporte are being tested for COVID-19 after 18 coronavirus...

Interior minister sees no need for tighter controls on returnees

On Monday, only 1 new COVID-19 case has been confirmed in Lithuania. In total, Lithuania has already...

On Tuesday 21 new COVID-19 cases were confirmed in Lithuania. It adds to 1882 recorded cases in the...

On Wednesday 6 new COVID-19 cases were detected in Lithuania. Overall, it adds to 1902 confirmed...