Five diplomats from Minsk recalled under pressure from Belarus

BNS
aA
Lithuania’s Foreign Ministry has decided to recall some of its diplomats from Minsk, although not as many as demanded by Belarus’ authorities. 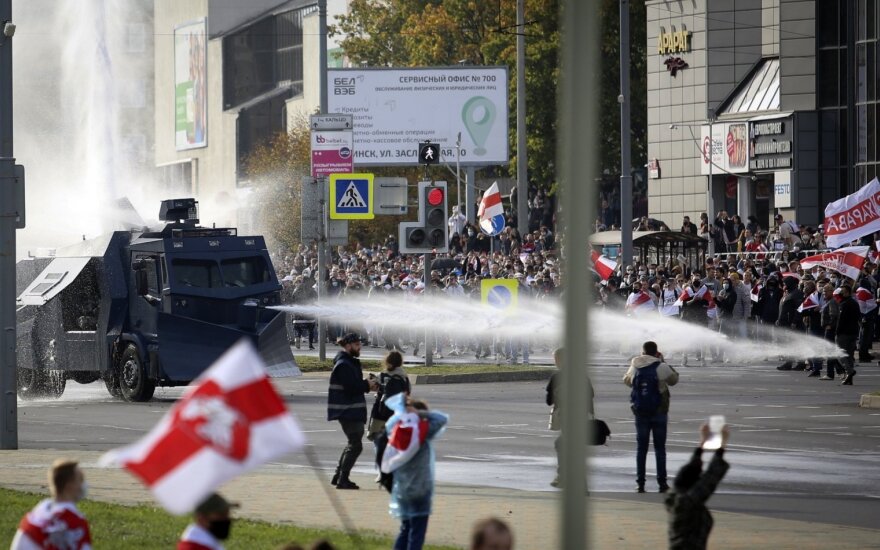 Lithuania had decided to recall five diplomats and believed that this measure would help preserve dialogue, Rasa Jakilaitiene, spokeswoman for the Lithuanian foreign minister, said on Friday. Minsk, in its turn, demanded the recall of eleven diplomats.

Earlier Lithuania recalled its ambassador to Belarus for consultations under pressure from Minsk.

At the same time, Lithuania warned the Belarusian Foreign Ministry that it would take countermeasures should Minsk continue to escalate the situation.

“It is important for us to ensure the least possible disruption in the functioning of our embassy in Minsk and our consulate in Grodno. This is necessary not just for the performance of consular functions, the issue of visas to Belarusian citizens and interaction with the diaspora but also for communication with Belarusian civil society,” Jakilaitiene told BNS.

“Belarus has made categorical demands to reduce the number of accredited Lithuanian diplomats drastically – to recall eleven of them,” she said.

“Together with Poland, we have decided to recall our ambassadors for consultations to reduce tensions and to preserve a possibility to maintain diplomatic relations,” the spokeswoman continued.

“Having assessed various circumstances and risks, we have also decided to recall five more Lithuanian diplomats and we hope that this measure will be sufficient to maintain possibilities of dialogue,” she said. 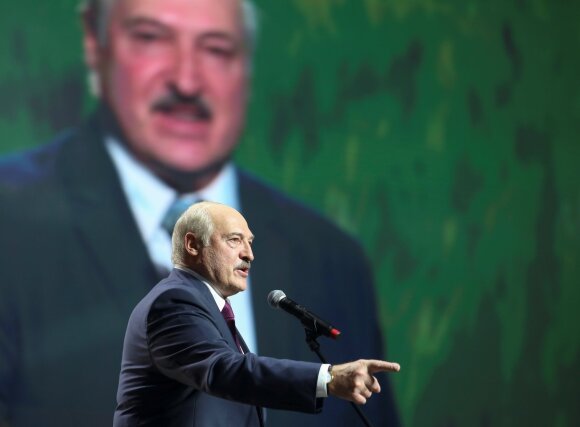 “We pointed out to the Belarusian Foreign Ministry that we would take countermeasures should Belarus pursue further escalation. We would like to emphasize once more that an unfriendly step taken by actual Belarusian authorities towards the reduction of diplomatic contacts will further contribute to the self-isolation of Minsk [regime],” Jakilaitiene added.

Belarus last week recalled its ambassadors to Lithuania and Poland and demanded that the countries reduce their diplomatic staff in Minsk.

Germany, Latvia, Estonia, the Czech Republic, Bulgaria, Slovakia and Romania also recalled their ambassadors for consultations in a show of solidarity with Lithuania and Poland.

Lithuania and Poland have been spearheading diplomatic efforts in the European Union (EU) aimed at convincing the West to support protesters that demand democratic changes and not to recognize the victory of Alexander Lukashenko in the rigged presidential election.

Lithuania has also imposed sanctions against Lukashenko and has been calling to blacklist him across the EU.

Belarus has been rocked by mass protests ever since the contested August 9 presidential election when the country's authoritarian leader Lukashenko, ruling the country since 1994, was declared the winner. The country's opposition and Western countries believe the vote was rigged.

Belarus recalls ambassadors to Lithuania and Poland for consultations

The Belarusian Foreign Ministry said on Friday it is recalling the country's ambassadors to...

Belarusian swimmer Alexandra Herasimenia is seeking to pool support in Vilnius for athletes who...

Belarusian opposition leader Svetlana Tikhanovskaya has raised the issue of relocating the 2021...

A total of 507 Belarusian citizens have been allowed to come to Lithuania on humanitarian, the...