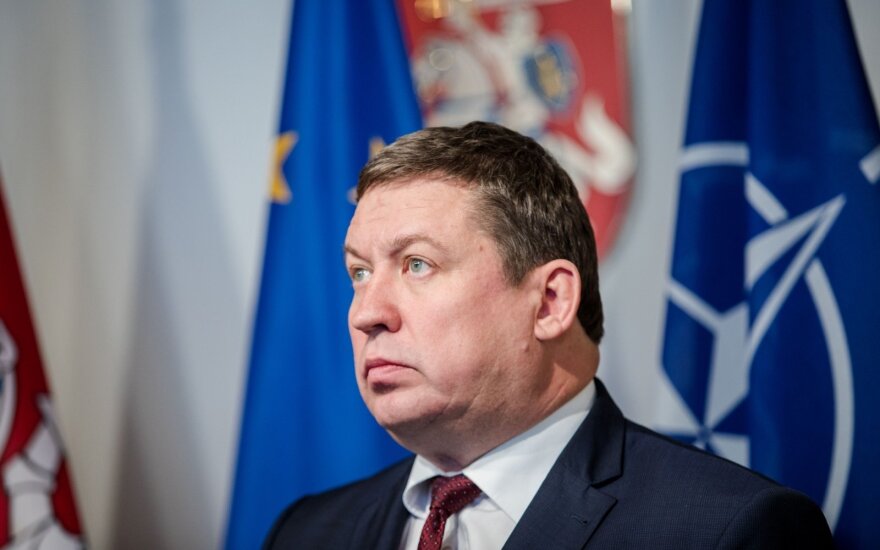 The site was broken into at 7:15 p.m. and the defamatory article was published nine minutes later. The portal removed it five minutes later, Artūras Anužis, the portal's editor-in-chief, told BNS.

According to preliminary information, the hacker's IP address was traced to Russia's second-biggest city of St. Petersburg, he said.

The fake news article claims that Karoblis allegedly harassed Ridas Jasiulionis, a journalist at the Žinių Radijas radio station, and admitted being a gay.

"False and defamatory information was published. We are planning to turn to law-enforcement bodies over it," Anužis told BNS.

Related articles
Emails with links to fake news on Lithuanian defence minister contain malware
Grybauskaitė and Skvernelis become a target of trolls: why were Mongolians insulted?

Vita Ramanauskaitė, spokeswoman for the defence minister, described the incident as "yet another proof that we live under conditions of information warfare and anyone can become a fake news target".

"Amid information warfare, organizations need to pay even greater attention cyber-security. An investigation will be conducted," she told BNS.

According to the spokeswoman, after the news story was posted, a link to it was sent to a targeted mailing list, including the government, ministries and embassies.

The article, which was written in fairly good Lithuanian, claimed that, apart from Jasiulionis, eight current or former diplomats had spoken up anonymously about harassment.

This is not the first time that a fake news story has been planted on Lithuania's media.

Lithuanian diplomats on Thursday denied reports on foreign websites claiming that Lithuania had allegedly imposed economic sanctions against Mongolia after the Mongolian president's statement about the Soviet occupation.

Lithuania's intelligence bodies warned last year that Russia sought to discredit NATO forces in Lithuania and to trigger public opposition to the deployment of troops through information and cyber attacks, and to spread false and provocative information.

Emails containing malware were sent out after the Tv3.lt news website was hacked on Thursday evening...

Grybauskaitė and Skvernelis become a target of trolls: why were Mongolians insulted?

Lithuanian law-enforcement officials have suspended their pre-trial investigation into the hacking of...