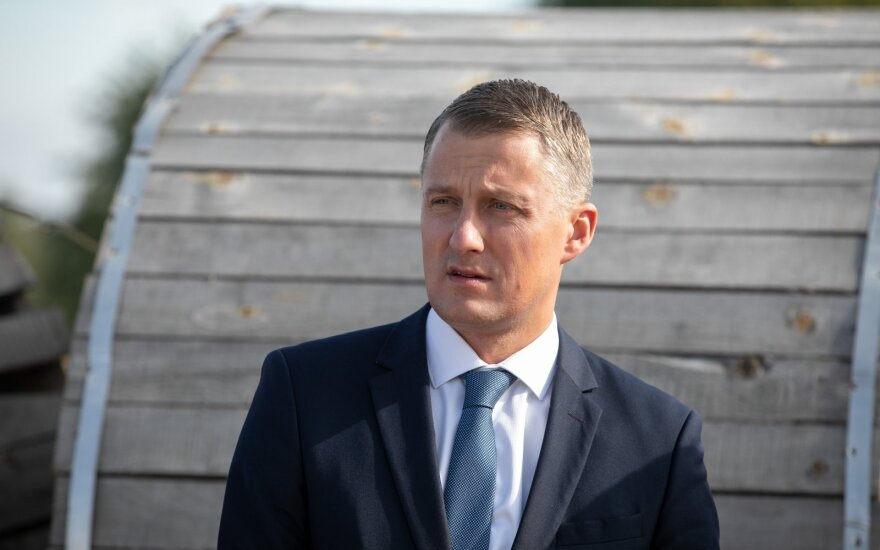 "This note means that we in the region are taking the right steps in the search of common Baltic solutions for a blockade of the Astravyets nuclear power plant," the minister told the Ziniu Radijas radio station.

It is "natural" that Russia is not happy about the Baltic agreement not to purchase electricity from Belarus after it launches its Astravyets nuclear power plant, because that will reduce the capacity for importing Russian electricity, too, according to Vaiciunas.

"Trade with Russia will be reduced by about a third, and it's natural that this is quite painful for Russia, which is why we have received such a note," he said.

The Baltic countries are not planning to review their agreement, Vaiciunas said, adding that the European Commission understands their joint decision not to purchase electricity from Belarus.

In his note sent to Vaiciunas earlier this week, Russian Energy Minister Alexander Novak called for not applying an additional coefficient to electricity trade through the Latvia-Russia interconnection.

It is this coefficient that Moscow considers to be the main negative element of the new methodology has already been approved by the Baltic electricity transmission system operators, but has yet to be endorsed by the national regulators.

Moscow also calls for the Estonia-Russia link, which would remain closed under the new methodology, to be opened to trade.

Inga Ziliene, the chairwoman of the National Energy Regulatory Council (VERT), told BNS on Tuesday that the methodology in its current form would not allow Lithuania to implement its "anti-Astravyets law" and that it had to be improved.

Vaiciunas expects the new methodology to be approved by November, when Belarus says it is planning to connect the Astravyets plan to its system.

How Europe is leading the way in reshaping global green bonds

The euro-zone is setting its sights on standards for green bond issuance -- a move that could boost...

Lithuania has halted electricity trade with Belarus after the neighboring country connected the...