(1)
BNS
aA
Eight people were injured as a particle board production facility caught fire and another building collapsed after an explosion on a wood processing company's grounds in the Lithuanian seaport of Klaipeda shortly after noon on Monday. 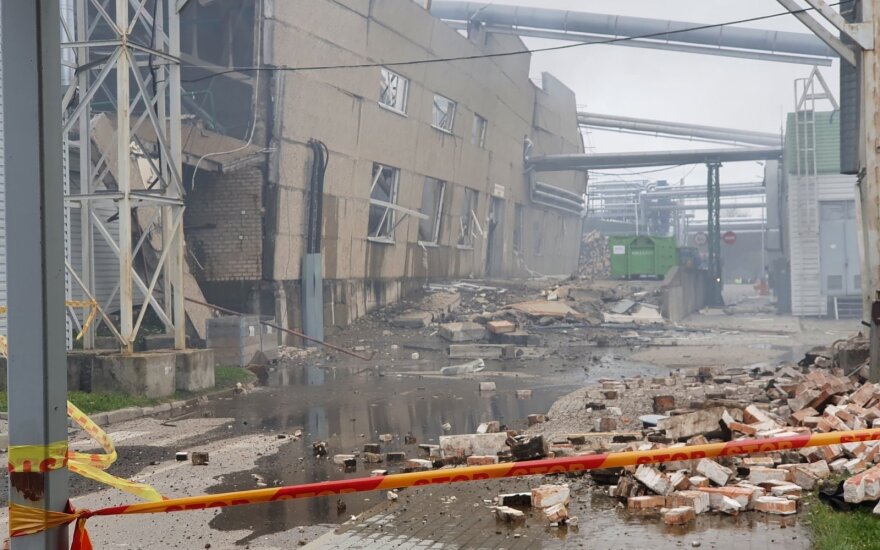 Edita Zdaneviciene, the spokeswoman for the Fire and Rescue Department, told BNS that all the injured had been taken to hospital.

Twenty-eight persons were evacuated from the burning building and the company's officials told the firefighters that there should be no more people inside.

Another building, a biological treatment facility, collapsed after the explosion on the grounds of Vakaru Medienos Grupe (VMG), one of the largest wood processing and furniture production groups in the Baltics.

The explosion and the fire in Liepu Street were reported at 12:39 p.m.

Marius Garbenis, head of the Klaipeda Fire and Rescue Board, told BNS at about 3 p.m. that the situation was under control, but there were still isolated spots of fire.

Environmentalists also arrived at the scene to measure the level of air pollution, because the smoke was blowing south toward the city, according to Zdaneviciene.

A woman and three children died in a fire in a village in Lithuania's northeastern district of...

MEP Vilija Blinkeviciute was elected as a chairperson of the Lithuanian Social Democratic Party (SDPL)...

On Sunday, 786 new COVID-19 cases were recorded in Lithuania. In total, Lithuania has already detected...