Education minister vows to resign if teachers' demands are not met

...
BNS
aA
Lithuanian Education Minister Algirdas Monkevicius says he's ready to resign if he fails to reach agreement with teachers' on their demand to increase funding. 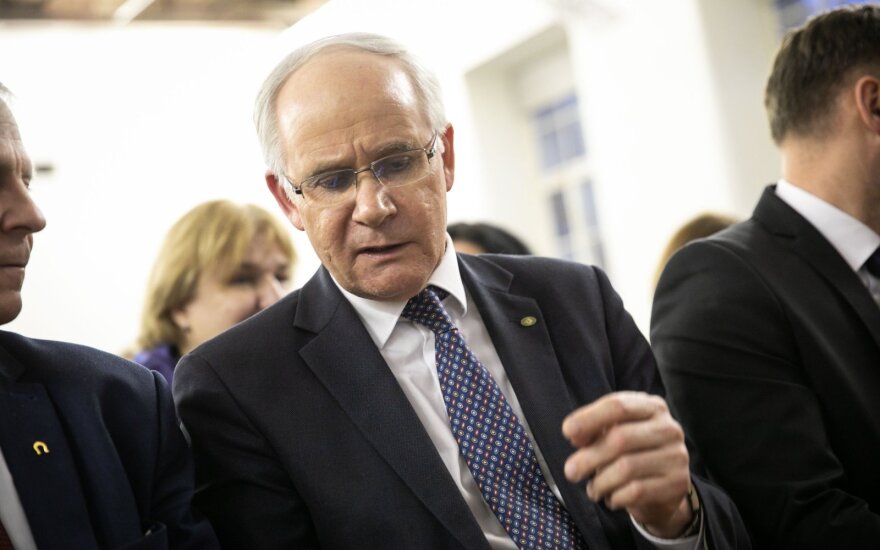 "If I fail to reach this agreement I am speaking about, I am ready to accept responsibility for that and resign, if necessary," the minister told journalists on Friday after a joint meeting of an industrial dispute commission.

The minister and representatives of the Lithuanian Education and Science Trade Union as well those of other trade unions and the Ministries of Finance, and Social Security and Labor discussed possibilities to meet teachers' requirements.

Teachers' trade union demand that the government sticks to the collective agreement signed two years ago and stipulating the allocation of additional 117 million euros to the education area in the 2020 budget.

The existing budget bill, however, includes only slightly over 55 million euros in additional funding.

Minister Monkevicius says he hopes he and Prime Minister Saulius Skvernelis will be able to have good news for teachers on Monday.

"The government is due to make decisions on Monday. The financial decisions that have to be recorded in a form of a government resolution on budget amendments that will be put before the Seimas," Monkevicius said.

"I hope that together with the prime minister we will be able to deliver good news that it will be taken into account and those key parameters stipulated in the initial agreement will be met," the minister said.

Monkevicius also said that it was agreed during the Friday meeting with the representatives of trade union to increase salaries for all teachers and lecturers 10 percent as of next September, and also to plan 10 percent increases every year.

Part of teachers, kindergarten staff and higher school lecturers in Lithuania took part in a warning strike on Thursday over insufficient funding.

Teachers to stage protest as minister calls for talks

As Lithuanian Education, Science and Sport Minister Algirdas Monkevicius is calling a meeting with...

A. Monkevičius: teachers‘ wages could exceed the average wage in two or three years

School-leavers from Kaunas , Vilnius, Palanga, Kaisiadorys and Klaipeda have demonstrated the best...

New buzz word in education around the world

GRIT is something that needs to be understood by both parents and students and should be conveyed by...