Eastern Partnership policy: do not bury it, it's alive

(1)
Laima Andrikienė MEP
aA
Recently, even well-known Lithuanian politicians do not avoid fiercely criticising of the European Union. What exactly this is - the start of Brexit negotiations, neighbouring Poland's current Euro-sceptical government, or someone else's influence - it is difficult to say. 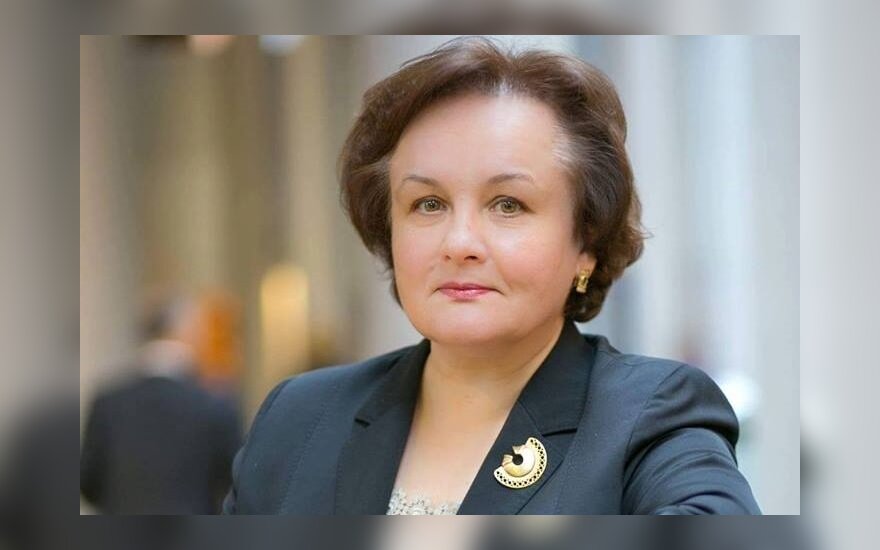 But even when a parliamentary group For a Europe of Nations headed by a member of the Seimas, which is openly Euro-sceptic, emerges within a self-proclaimed pro-European party it is difficult to understand why the party community and its leadership tolerate and support this. In the European Parliament, the political group "Europe of Nations and Freedom" is unruly and extreme Eurosceptic. It turns out, that in Lithuania it is possible to be simultaneously both for and against the EU; in the same party and in the same parliamentary faction of the Seimas - some are for a stronger EU, others are against it. This is a very flexible approach, if not named otherwise.

Lithuanian politicians often criticise the European Union (calling it Brussels for some reason) over its EU's Eastern Partnership policy. They are forgetting that the Brussels-based EU institutions and the EU's diplomatic service do not work independently: they all have to obtain a mandate from EU Member States, including Lithuania. A mandate, an obligation to act, requires consensus or, at least, a majority approval by the Member States, which does not always succeed.

Russia is against, and it deems all measures appropriate

Russia is taking extreme measures to stop the rapprochement between the European Union and Ukraine, Moldova, Georgia and the integration of these three states into the EU: Georgia was attacked nine years ago, South Ossetia and Abkhazia were torn away, now controlled by Kremlin puppets and protected by Russian troops. Three years ago we bore witnesses to Russian aggression against Ukraine: the annexation of Crimea, Eastern Ukraine is controlled by Kremlin proxies, and the war is still under way. Since its beginning, 5 million people have left Ukraine, and 1.5 million refugees from Eastern Ukraine have been receiving support from the EU. Moldova also lives with a harsh and old frozen conflict: in Transnistria, Russia's "peacekeepers" came and "forgot" to leave, while the Kremlin's marionettes are called Transnistrian presidents, prime ministers, ministers...

Despite all this, the patiently and consistently implemented Eastern Partnership policy brings benefits. Currently, the European Union has Association agreements with Georgia, Moldova and Ukraine, including existing free trade agreements. The three countries of the Eastern Partnership can already enjoy a visa-free regime with the EU: Moldova - from 2014, Georgia and Ukraine - from this year. EU financial assistance granted to these three countries already reaches billions of euros. However, as always, for some it seems too much, for others it is not enough, for one - the glass is half full, for others it is half empty. For some it seems that the solution to the problem would be the accession of the three states to the EU, while others believe that such EU behaviour would provoke Russian aggression on an unprecedented scale.

Knowing that there are 28 Member States in the EU, it is certainly not an easy task to reach a consensus on their EU membership. Therefore, the question of membership has been postponed for the future. However, for years now, working in the European Parliament, I say confidently: we are heading in that direction. And we will succeed.

Armenia, Azerbaijan and Belarus - all failures?

You probably noticed that I write about three countries of the Eastern Partnership, Ukraine, Georgia and Moldova. However, the same EU policy includes three other countries: Armenia, Azerbaijan and Belarus. Their interests and objectives are different, and therefore the EU policy is different for each of these countries. I think that talking about Belarus will be more meaningful after the "Zapad" military exercise, we do not have to wait long. Armenia and Azerbaijan want partnership with the EU, but it is a completely different kind of partnership that is not similar to the one pursued by Ukraine, Georgia or Moldova.

By the way, the current Moldovan authorities, the "dodonization" of its policy (the attempts of the new country's president Igor Dodon and the ruling majority to please Russia) give the European Union a serious reflection on the future prospects of our relations with this country.

The Eastern Partnership Summit will be held in Brussels in November

The Eastern Partnership Summit is approaching. It will take place in Brussels in November. The Summit will outline guidelines that the EU and its Eastern partners will strive to achieve over the next two years.

The previous summits were heated and memorable: the Prague Summit, which took place in 2009, marked the start of the Eastern Partnership, the next Summit was held in Warsaw in 2011. It was very important due to the decisions made. In 2013 a meeting of the same format took place in Vilnius, where the then President of Ukraine, V. Yanukovich, promised German Chancellor A. Merkel to sign EU-Ukraine Association and Free Trade Agreements. However, when the Kremlin displayed its dissatisfaction, this promise was not kept. Angry Ukrainians removed V. Yanukovich from his position, but Ukraine had to pay a high price for its desire to be closer to the EU: Maidan (remember the Divine Hundred), then later - Russia's military aggression, annexation of Crimea, the Ukrainian economy - on the verge of collapse. Ukraine would not survive without the support from the US and the EU...

The last Eastern Partnership Summit took place in Riga in 2015. It is considered successful, not only because of the agreements reached and the decisions that have been made, but also because of the fact that it has been followed by a significant advance in pursuit of our common goals, i.e. visa waiver, ratification and entry into force of Association Agreements, etc.

First of all, I propose to evaluate all six Eastern Partnership countries according to their de facto achievements. This means that in the future, the greatest support should be given to those partner countries which made the most tangible progress in closer cooperation with the EU. EU resources are limited, so we need to act in a differentiated way.

Secondly, I propose to use new EU financial instruments (one of which, with a budget of € 88 billion for 2017-2020, intended to invest in and support small and medium-sized enterprises, was approved by the European Parliament in July, and could be used, for example, by Ukraine or Georgia) which would accumulate more significant support for countries such as Ukraine, Georgia and Moldova.

Fourthly, Lithuania is proposing to implement a Marshall Plan for Ukraine. After the Second World War, the United States lent a helping hand to Western Europe. Now, in 2017, it's time to help Ukraine which is being devastated by the war. However, the aid plan for Ukraine should not be called the Marshall plan, because George Marshall was a real man, a US Secretary of State who, in 1947, took initiative to help Western Europe. But this is not the point, a name will appear. What is important, is to have a plan to accumulate significantly greater financial support than is available today, to invest in the Ukrainian economy, which would allow to "catalyse" small and medium-sized businesses, to generate the growth of the country's gross domestic product. I will propose this to my colleagues in the European Parliament. I believe that the initiative of Lithuanians and Ukrainians will be supported and this idea will become a part of the European Parliament's Recommendations for the Summit.

This is not the final list of recommendations which I propose. More will come in the next article.

Pavilionis - Trump’s message to the world – hear out our region