BNS
aA
King Willem-Alexander of the Netherlands is coming to Lithuania for a state visit on Wednesday. 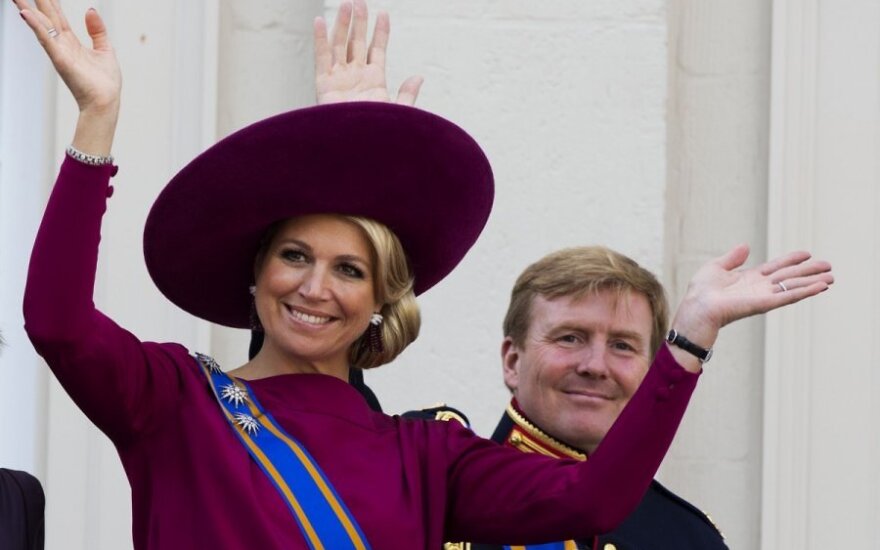 King Willem-Alexander and Queen Maxima of the Netherlands
© AP/Scanpix

The monarch will be accompanied by a delegation of representatives from the Ministry of Foreign Affairs and businessmen, with a total of over 40 representatives of major Dutch energy companies. The main focus during the visit will be paid to cooperation in the areas of defense, energy, economy, culture and civic relations.

Together with Lithuanian President Dalia Grybauskaitė, King Willem-Alexander will attend a bilateral energy forum and unveil a monument to Dutch diplomat and Righteous Among the Nations Jan Zwartendijk who saved 2,400 Lithuanian and Polish Jews. A symbolic light installation will honor his memory in central Kaunas, Lithuania's second-largest city.

Later on, the king will visit Dutch troops deployed in Rukla.

The energy forum will be attended by over 150 businessmen from both countries, including those of Shell, Gasunie and Nuon Vattenval. The forum will focus on opportunities for new cooperation in the area of LNG and renewable energy. Lithuanian energy startups will be introduced to the Dutch king and Lithuanian president.

The Netherlands is a close NATO ally of Lithuania and its troops were among the first to join the Germany-led multinational battalion in Lithuania. Dutch troops have also taken part in the Baltic air policing mission several times. The Netherlands is also the second largest investor in Lithuania, with its investment standing at almost 2 billion euros.

The king of the Netherlands started his visit in Riga earlier this week and met with Latvian Presidents Raimonds Vejonis, and visited Estonia on Tuesday. He was set to come to Lithuania with his wife, Queen Maxima, but she had to cancel her participation due to a sudden death of her sister.

King Willem-Alexander of the Netherlands is coming to Lithuania at the invitation of President Grybauskaitė.

King Willem-Alexander and Queen Maxima of the Netherlands will pay a state visit to Lithuania in...

President Dalia Grybauskaitė on Wednesday thanked King Willem-Alexander of the Netherlands for...

Netherlands recruits Baltic States to compensate for effects of Brexit

The Netherlands is building new coalitions within the EU to compensate for the loss of the UK as the...

On June 15 His Majesty King of the Netherlands Willem-Alexander while conducting a state visit in...

Light of the Dutch diplomat Zwartendijk will light up Kaunas

Right upon the heels of the visit by the Dutch King to Lithuania last month, a much larger...