...
BNS
aA
The Lithuanian Health Ministry will allow voters in self-isolation due to COVID-19 to vote in special drive-in polling sites to be set up in six municipalities for next week's runoff parliamentary election. 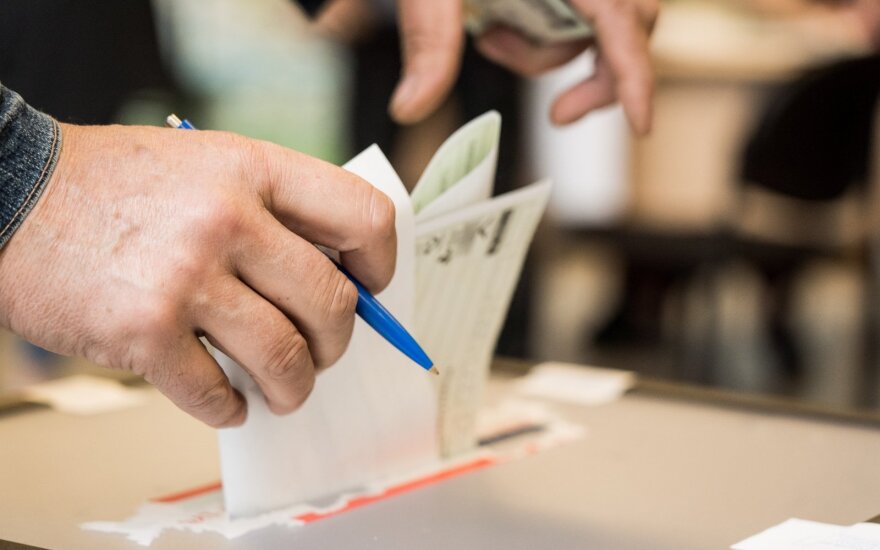 The move has been already approved by the Central Electoral Commission (CEC), the ministry said on Thursday.

Quarantined voters will be able to leave their place of self-isolation for two hours on October 19-22 and drive to special early voting stations, provided that they wear facemasks and follow other safety guidelines, it told BNS.

"Such mobile polling sites should be set up in the cities of Vilnius, Kaunas, Klaipeda, Siauliai and Panevezys and the district of Raseiniai," the ministry said. "The CEC is making the arrangements in cooperation with the municipalities."

Health Minister Aurelijus Veryga said, however, that voters will be allowed to leave their place of isolation only if they pose a low risk of infecting others.

"If this is about people who have come from somewhere and are in self-isolation not because they are ill or were in a high-risk contact, then there should be no problem, because that will pose no additional threat even to those who will collect their ballots," he told reporters.

The CEC will be informed about why a person is in isolation and whether they have the right to leave their place of isolation, according to the minister.

The election watchdog on Wednesday asked the Health Ministry to allow voters in self-isolation to leave their homes for two hours to be able to vote at special sites.

The municipality of Vilnius set up such a drive-in early voting site for the first round of the election, but the Health Ministry and epidemiologists did not allow quarantined people to vote there, saying it was not safe.

Some quarantined voters complained that they could not vote in the first round because poll workers did not show up to collect their ballots or because they had to go into self-isolation after the registration deadline had already passed.

On Sunday 8 pm the voting for a new parliament of Lithuania finished.

Lithuania is holding on Sunday the second round of the parliamentary election in which voters will...