BNS
aA
Lithuania's Financial Crime Investigation Service has on Tuesday seized documents from Vilnius City Municipality over the procurement of lung ventilators, and has also carried out searches at a company Andrikus. 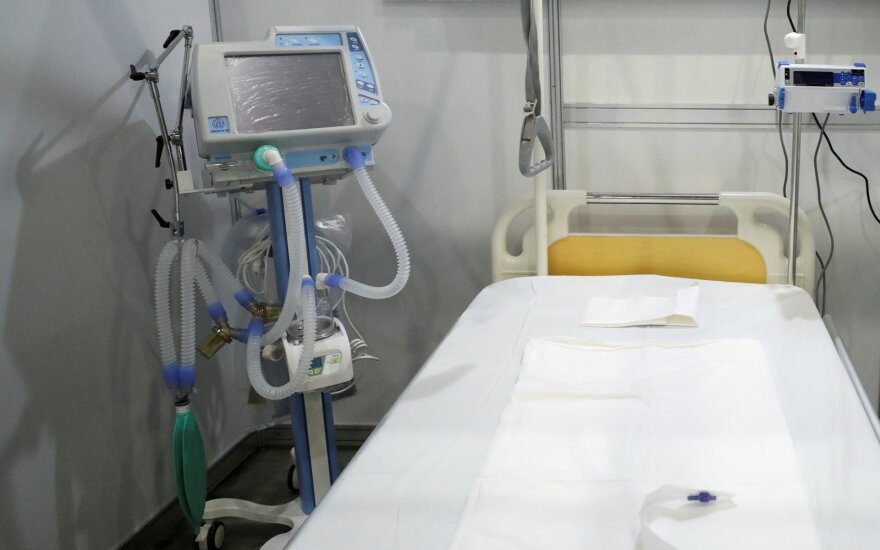 "I can confirm that, yes, such procedural actions were indeed carried out today, and more information will be provided later today," Aleksandras Zubriakovas, spokesman for the FCIS, told BNS.

The FCIS says it has launched a pre-trial investigation into embezzlement, provision of wrong information on revenue, profit or assets, fraudulent bookkeeping, as well as regarding possible abuse and embezzlement by responsible persons at Vilnius City Municipality.

"The pre-trial investigation follows receipt of evidence that the municipality administration entered into a contract with a Vilnius-registered company in late March on the purchase of ten lung ventilators for 278,000 euros," the service said in a statement.

The FCIS says it has seized documents important for the investigation not only from the municipality but also from the company, Andrikus, following searches there and at the addresses of its executives.

The price for the lung ventilators and the selection of this supplier raises a reasonable doubt, the FCIS says, pointing to the fact that the company is not active in the medical area.

Moreover, the municipality made a 100 per cent advance payment for the ventilators but they were not delivered until the set deadline, the service said.

The administration of Vilnius City Municipality has already initiated unilateral terminal of this contract, the FCIS says.

It also says the company that was supposed to deliver the lung ventilators has received revenue not only under the aforementioned contract but has also received revenue from other state and municipal institutions for medical goods as of January but is suspected to have failed to properly account for these goods and services and has not declared all of them with the State Tax Inspectorate.

The company has not paid any taxes this year, submitted any VAT declarations, despite being a VAT payer, and has not submitted some of its purchase and sale registers to the STI system.

No suspicions have been brought yet as part of this investigation led by Vilnius Regional Prosecutor's Office.

The Lietuvos Rytas daily reported last week that Vilnius City Municipality had terminated its contract with Andrikus which was supposed to deliver ten lung ventilators by the end of April.

The municipality plans to recover almost 300,000 euros from the company, the daily said.

The deal is also under review by the Public Procurement Service.

Simasius: a normal process is underway

Commenting on the FCIS's actions on Facebook, Vilnius Mayor Remigijus Simasius said: "A normal process in underway when the damage was done by a supplier is under investigation".

"(…) What's going on now is in fact cooperation as part of the investigation into Andrikus, and the company must accept liability for the damage. We have provided all information the service asked for and will continue doing so," the mayor said.

Meanwhile, the municipality's director of administration Povilas Poderkis told BNS he could not provide more details due to the ongoing pre-trial investigation. He said the municipality entered into over 100 contracts on the purchase of personal protection equipment for medics and lung ventilators during the first lockdown months, and three out of them, including the one signed with Andrikus, were later terminated.

"There are questions regarding one supplier. The advance payment was made, the goods were not delivered and the contract was terminated. The FCIS is investigating this case and asked for documents from the municipality. We provided all documents and we now expected the FCIS's assistance in recovering the payment," Poderskis told BNS.

"Services are doing their job and investigating. Naturally, there was no time for any checks during the peak of the crisis, and that is being done now, even if in a very rough way," he added.

Simasius acknowledges that the municipality rejected many proposals during the first stage, "unfortunately, one managed to slip through".

"It's OK, we will fix those errors and move forward. It's only the first COVID-19 wave, and there's no time for a witch-hunt. Let's get ready for possible other waves," the mayor said.

The Lietuvos Rytas daily also wrote that Poderkis signed the contract with Andrikus, a company having nothing to do with medical equipment, on the purchase of ten lung ventilators to be delivered from China by April 30. But the company later sent a letter stating that it would not be able to meet its commitment.

The Health Ministry had said ICU S1100 lung ventilators were not suitable but the Vilnius authorities, nevertheless, decided to buy ten of them from Andrikus for 278,300 euros.

The Turkish government is set to decide on Monday whether to allow a shipment of lung ventilators ,...

Systemic corruption is the most dangerous and its initiators pose the biggest threat as experience...