BNS
aA
Lithuania's defense budget is projected to exceed 2 percent of GDP in 2021, according to the Defense Ministry. 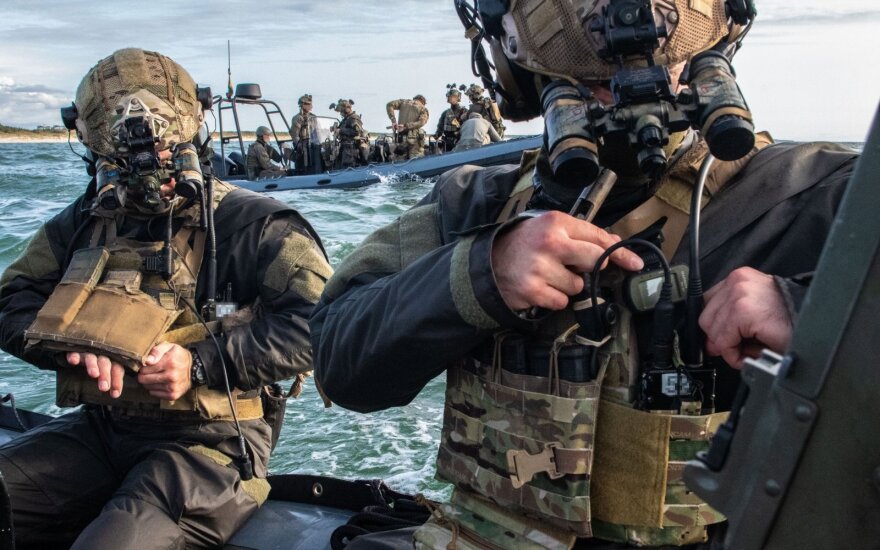 Next year's draft state budget, approved by the Cabinet on Wednesday, earmarks 1.17 billion euros in funding for the national defense system, unchanged from this year's level in absolute terms.

Only nine of NATO's 30 members have achieved the Alliance's goal of spending at least 2 percent of GDP on defense.

"We must continue the ongoing modernization of the Lithuanian Armed Forces and further strengthen deterrence and defense, because the current geopolitical situation obliges us to do so," Defense Minister Raimundas Karoblis told BNS in a comment.

Defense expenditure as a share of GDP will depend on how the country's economy performs: the stronger economic growth, the lower the ratio.

The proposed defense budget will account for 2.01 percent of GDP if the Finance Ministry's economic development scenario released in September proves accurate.

Under the Organization for Economic Cooperation and Development's June scenario, which is worse than the one released by the ministry, defense spending relative to GDP would be higher, at 2.09 percent.

Lithuania's GDP projections differ significantly due to the uncertainty caused by the coronavirus crisis.

Lithuania achieved the 2 percent target for the first time last year and most political parties have committed to raising defense spending to 2.5 percent of GDP by 2030.

The United States has pressured its European allies to meet the 2 percent goal and consistently increase their defense budgets. Ryan D. McCarthy, the US Secretary of the Army, said during his visit to Vilnius last summer that the deployment of American troops to Lithuania had been made possible by the country's investment in national defense.

The Defense Ministry's budget appropriations for 2021 are planned to meet NATO's guidelines of spending at least 20 percent on equipment purchases and up to 50 percent on personnel expenditure, according to Ramanauskaite.

Lithuania's major military acquisitions in the near term will likely include six US-made Black Hawk helicopters. A deal that may be worth over 300 million euros is planned to be signed by the end of this year.

Lithuania’s budget deficit will reach 8–9 percent of GDP this year, but should decline...

Lithuania's gross domestic product contracted by a seasonally and calendar-adjusted 4 percent in the...