DELFI EN
aA
In the middle of November, Lithuania has signed an agreement with the United States to buy four Sikorsky UH-60M Black Hawk helicopters that will replace the Soviet Mi-8T still used by Lithuanian Armed Forces today. Soviet helicopter operational history exceeds 30 years, they are difficult to operate but the society still voices doubts about similar investments in the defence technology. 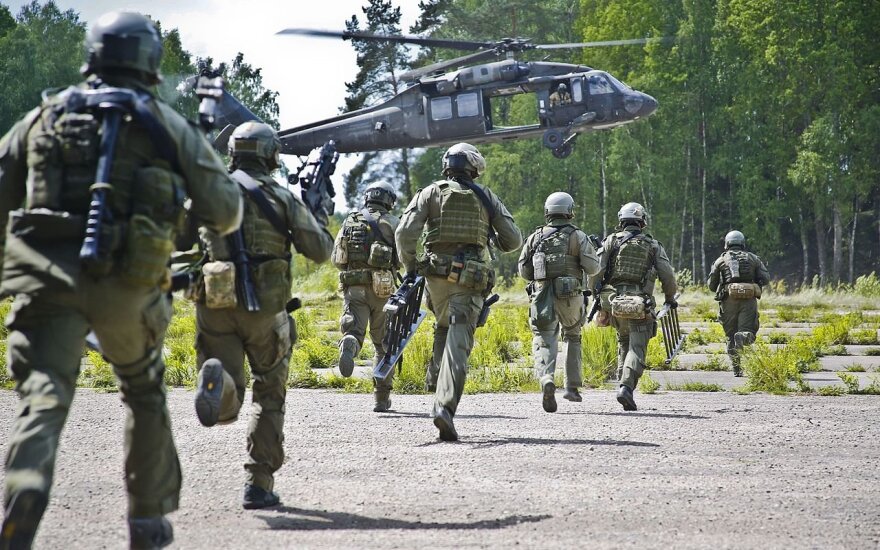 However, Andrius Vilkauskas, the Dean of the Kaunas University of Technology (KTU) Faculty of Mechanical Engineering and Design, notes that the purchase of American helicopters is an investment not only in technology but also in human competencies.

- What is your opinion on the upgrade of air defence technology with the Black Hawk helicopter platform?

- There are four types of force in Lithuanian Armed Forces: land, military air and naval while also special operations. Each of them has different functions and purpose. Even a very well-equipped and prepared land force – land military equipment, armour, tanks – during a military conflict would be worthless without air support. If land force is not covered by anti-aircraft defence systems or specific aviation units, it will eventually be destroyed.

Black Hawk is one of the most extensive helicopters in the world. They can be used for any strategic tasks: combat operations, landing, attacks, support, surveillance, border protection, for rescue operations, as a communication platform, as command communication management system.

It is said that universal things are not suited for everything, but the Black Hawk is an exception. It is one of the best and the most proven helicopters of its kind in the world.

- The new helicopter platform will replace the MI-8T used in the Lithuanian Armed Forces today. How do you rate the current Lithuanian air defence technologies?

- From a technological point of view, the MI-8T helicopters are an obsolete technology. Their resources are long overdue, although the manufacturer ‘artificially’ extended it and the supply is still maintained, but it can be ended at any time. In case of a defect, they would no longer be usable. Like helicopters, they are reasonably easy to exploit and control, but there are not many smart features in this model. In terms of current navigation, avionics, speed, manoeuvrability, it could be labelled as technology of the previous generation.

- The United States is an active ally and partner in the development of our defence technologies, systems, forces and competencies. It is also important for the US defence that the technologies used by their allies are compatible with the platforms or systems they use. 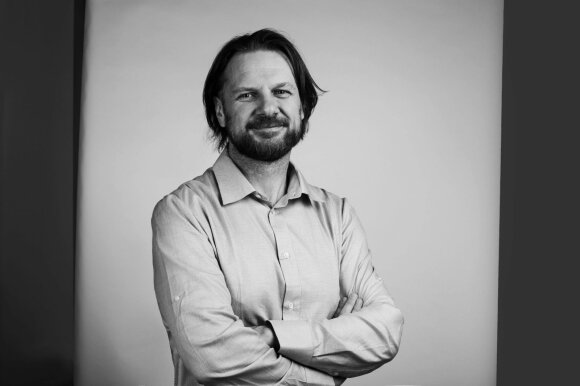 It is likely that in case of a threat, the US would supplement our existing forces with their helicopter or borrow our helicopters. Therefore, competent military personnel ready to serve are at our great advantage.

It is mutually beneficial to have people capable of piloting, maintaining, and changing the use of applications. It is the creation of a collaboration platform.

- Over the past years, Lithuania has been investing in the military industry and armaments. Is it more related to NATO’s commitments or to Lithuania’s geopolitical position?

- Our membership in NATO started with many commitments that apply to all NATO members. This commitment is to devote 2 per cent of the country’s GDP to defence.

Since we lived without any visible threats quite for a while, we found many excuses for not doing so. Only a few NATO members, including the US, have complied with this commitment. After the situation in Ukraine and some encouragement from the US to share the financial burden of the defence have taken place, most NATO members took responsibility for fulfilling their commitments.

According to the agreement between Lithuania and the US, Lithuania will receive not only helicopters but also additional equipment, spare parts, repairs, training and logistics package. Does is mean that this is an investment not only in technology but also in the improvement of human competencies?
Yes, because these systems are regularly and consistently updated, for example, in terms of armament or avionics. Therefore, to adapt, install, implement and use them properly –competencies and abilities are necessary.

This aspect requires constant cooperation and communication between the supplier and the recipient of the technology.

- In public, we can sometimes hear that investment in the military industry and armaments is a “waste of millions”? Why is it important for Lithuania to invest in defence technologies?

One could say that a country that does not provide to its army, provides to the foreign one, and gives it significantly more.

We observed and are following the events in Ukraine, Georgia, and Armenia. In this context, one could consider that something worth more than millions of euros is at stake. People may voice various opinions, but we must be able to critically assess the geopolitical situation and to rely on competencies and facts rather than opinions.

As a state, we must be able to take care of ourselves, not only to have the desire but also the will to do so. Otherwise, we will have a foreign will thrust upon us and will pay a significantly higher price.

Lithuania is planning to sign a contract with the United States this week on the acquisition of four...