BNS
aA
Lithuania's Minister of National Defense Raimundas Karoblis introduced the Board of the Seimas on Wednesday to possible deployment of troops to Syria, three sources told BNS Lithuania. 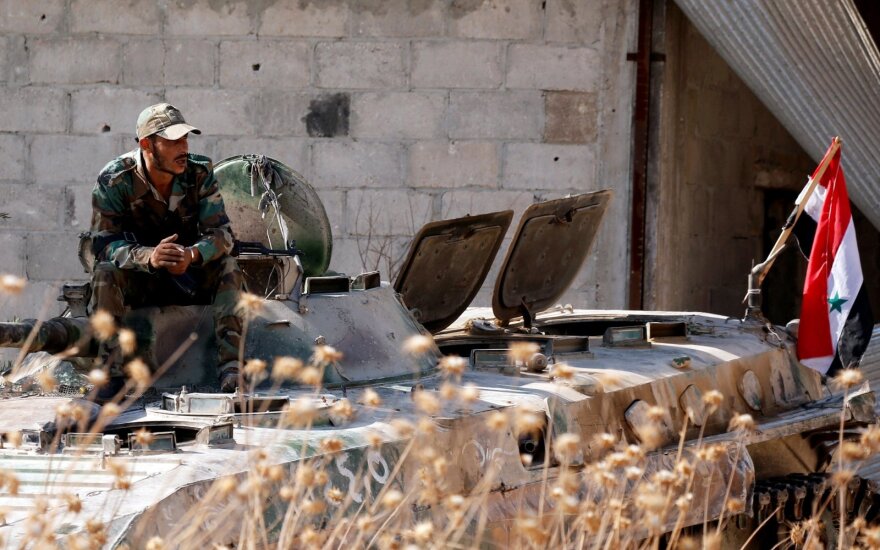 The minister met with the Seimas leadership on Wednesday morning. The meeting was not pre-announced and was held in a special room meeting security requirements.

Deputy Speaker of the Seimas Arvydas Nekrocius told BNS Lithuania that the minister "submitted information to the Board of the Seimas about military missions than need the Seimas' mandate".

Approached by BNS Lithuania, the minister and MPs refrained from commenting on what missions were discussed, but three well informed sources confirmed that possible troop deployment to Syria was also discussed during the meeting.

The Lithuanian government and army are currently considering the United States' request to send troops to Syria to join the Operation Inherent Resolve against the Islamic State. Lithuania has already contributed to the mission in Iraq where six army instructors are training Iraqi troops.

Discussions in Lithuania mainly center on whether sending troops to Syria would be in line with international law amid the absence of approval from the local government.

In an interview with BNS Lithuania in September, Lithuanian President Gitanas Nauseda said all legal aspects should be taken into consideration before making any decision.

"It's a premature issue as we need to evaluate all aspects, evaluate the international law situation and only then make a weighted decisions," the president said in the interview on Sep 6.

The Seimas of Lithuania annually endorses the mandate for sending Lithuanian troops to international operations. Under the existing mandate, Lithuania can send up to 40 troops to the US-led OIR. The Seimas resolution does not include specific countries – neither Iraq, nor Syria.

Lithuania is currently participating in 11 international missions. The country's State defense Council earlier decided to join another mission and send troops to the Strait of Hormouz to ensure the safety of shipping to Persian Gulf countries, with the parliament's approval of this mission still due.

Lithuanian political parties' commitment to raise defense spending to 2.5 percent of GDP by 2030...