(1)
BNS
aA
The amendments to the Law on Intelligence, proposed by Lithuanian President Gitanas Nauseda, would expand the powers of intelligence services but some of them might run counter to human rights and distort the essence of intelligence, lawyers and lawmakers who looked into the bill say. 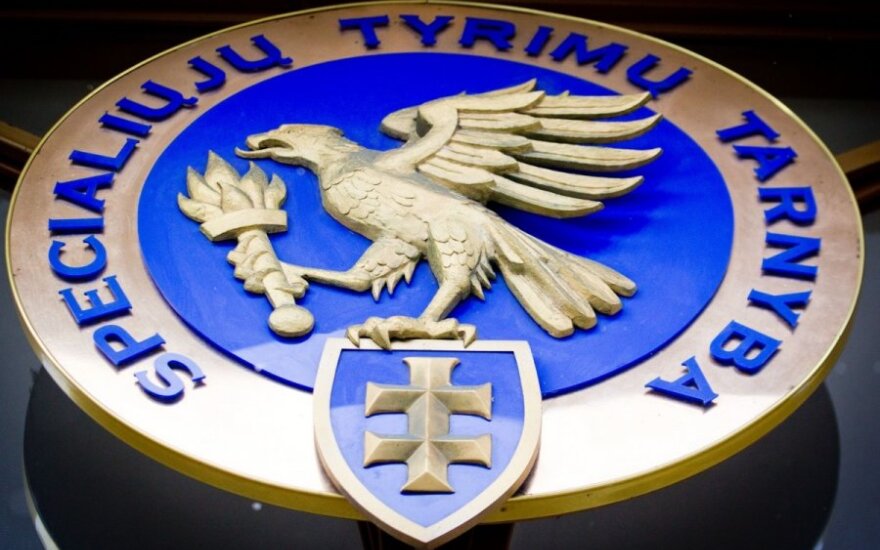 Some of the politicians say more control should also be introduced alongside the expansion of intelligence functions.

On Christmas Eve, Nauseda registered the amendments that, among other things, include a proposal to legalize the possibility for intelligence services to summon a person for a preventive conversation. Moreover, intelligence institutions would be given the right to check ID and carry out administrative detentions.

The amendments were initiated by the president and drafted by intelligence institutions, including the State Security Department and the Second Investigation Department under the Ministry of National Defense, the bill's explanatory note states.

The president based his proposals on the rapidly changing security situation and new challenges in the face of hybrid threats.

Critics, however, say some of the proposed intelligence measures are excessive and distort the very essence of intelligence.

"The ongoing global political, socio-cultural, economic and technological changes pose a lot of new and often hard-to-predict challenges and tasks for institutions ensuring national security. The sources and nature of threats are ever-evolving, and there's a growing number of hybrid threats aimed at undermining the fundamental personal and public values, the democratic principles and the principles of the rule of law," the amendment package's explanatory note states.

According to the Lithuanian president, these circumstances demand that intelligence institutions be capable of acting swiftly and effectively, taking into account ever-changing threats, and that involves the need to have proper legal instruments and a variety of preventive measures to prevent such threats.

Under the presidential proposal, preventive conversations might be one of such instruments and they could be held "upon receipt of information that a person might be related or linked to activity capable of increasing risk or posing threat to Lithuania's national security or the state's interests".

Under the amendment, such a conversation would "aim at understanding the reasons for a person's actions and warning the person about the possible consequences of involvement in such an activity".

The amendments would also give the SSD the right to receive information amounting to banking secret without a court sanction.

Also, the amendments would introduce a ban on filming and photographing the territories owned and used by intelligence institutions, including buildings situated in those territories, as well as the operation of drones above them and at a radius of 200 meters around them.

The new law would also change the provisions on intelligence officers' social guarantees, their protection and the protection of their families, official ranks, transfers to other positions etc.

Secret but carrying out public functions

Lawyer Laurynas Pakstaitis, a criminal law lecturer at Mykolas Romeris University, says some of the proposed provisions are excessive or even absurd.

In his opinion, the proposal to give officers of the SSD or the SID the right to check ID would expand and distort the nature of intelligence.

In his words, the existing legislation includes plenty of functions and instruments for intelligence institutions to work effectively, and the amendments on expanding their powers are based on declarative and bureaucratic arguments.

Agne Sirinskiene, chair of the parliamentary Committee on Legal Affairs, representing the ruling Lithuanian Farmers and Greens Union, says some of the proposed amendments would solve practical problems the SSD is facing, including the drone ban and the secrecy of officers' identity. But, she added, "there are proposals that are sensitive in terms of human rights".

The committee chair believes the proposed provisions should probably be specified "as usually when certain interventions into human rights are concerned, the requirement is for the procedures to be clearly defined, as well as possible legal consequences".

Gabrielius Landsbergis, leader of the opposition conservative Homeland Union – Lithuanian Christian Democrats, says that "with ever-growing all sorts of threats from Russia and Belarus as well as China's growing activity", Lithuania's intelligence needs to be bolstered but additional safeguards need to be introduced when expanding intelligence powers by, for example, establishing the institution of an intelligence ombudsman.

"When backing the president's chosen direction of bolstering national security institutions, we would like the law to also include such democratic safeguards as the institution of an intelligence ombudsman for the public to have confidence that possible additional instruments will be used strictly for the intended purpose," says the HU-LCD leader who is also a member of the parliamentary Committee on National Security and Defense.

Presidential adviser: the aim is to protect

Ainis Razma, a presidential advisor and a former SSD officer, told BNS that "the aim of preventive conversations would be to protect people from the influence of hostile intelligence", and during such conversations, people would be informed of foreign intelligence's interest in them or the fact that it had already collected information about them.

"Such conversations would be a certain warning for a person that they are a target. Upon receipt of an invitation to such a conversation, the person would be obliged to come. And if a person refused, they would face administrative liability," the presidential adviser said in a sent written comment.

According to Razma, "services of a number of EU and NATO countries, in charge of counterintelligence prevention, have instruments that let them warn people about an arising threat they are facing".

Asked whether the president backs the creation of the institution of an intelligence ombudsman, the adviser said a decision should be made following comprehensive discussions.

" Preventive conversations " with intelligence officials would make it easier to prove a person's...