Jurga Tvaskienė
Politikos aktualijų žurnalistė
aA
A three-member panel of judges of Vilnius County Court decided on Monday to satisfy, in part, Darius Udrys’ appeal of a lower court’s decision regarding his dismissal from the position of Director of Go Vilnius, the official development agency of the City of Vilnius. 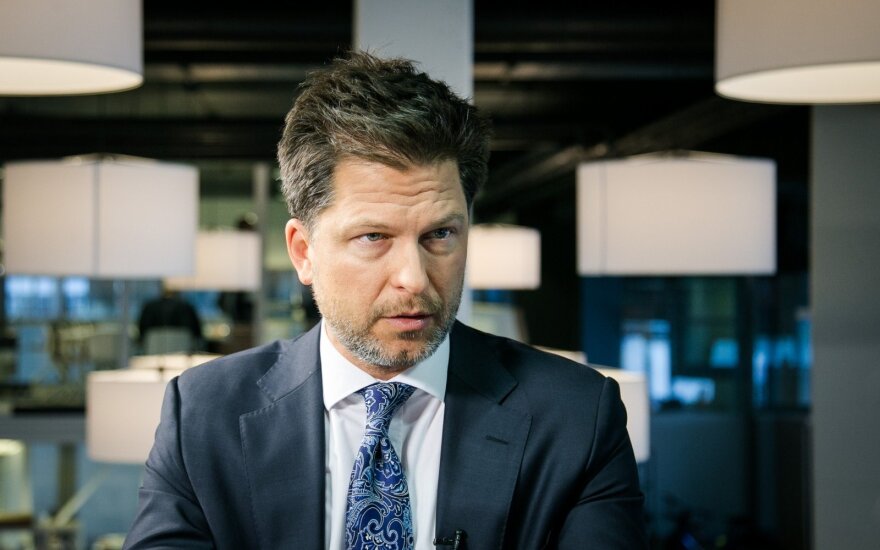 The Court ordered Vilnius Municipality to pay compensation to Udrys, who was dismissed from his post by Mayor Remigijus Šimašius last summer. The District Court also abolished the Mayor’s order dismissing Udrys from his position, signed July 7, 2017.

Udrys will be paid EUR 1283.50 in compensation, minus taxes, as well as EUR 16,013.44 in back pay for the time he was unable to perform his duties until the Court’s judgment date. Udrys was also awarded EUR 100 he requested for moral damages. The Municipality will also have to cover his legal expenses.

Nevertheless, the Court decided not to return Udrys to his position. “In essence, the Court satisfied all of my requests, except to be returned to my position. But I understand that this is no longer the practice and I really wasn’t expecting to be returned,” Udrys told DELFI. He confirmed that he requested a symbolic amount of EUR 100 in moral damages, but that the Court, as is typically done in such cases, also awarded him compensation for the period during which he was unable to perform his duties as well as other expenses.

“It wasn’t about the money. My aim was to defend my reputation, which, in my opinion, was attacked in a most unseemly way,” says Udrys.

According to him, now it’s up to the Municipality to decide whether to appeal the decision and spend additional taxpayer money on a case it is unlikely to win.

“I simply do not believe that my dismissal had anything to do with the results of my work. As outlined in my case, Go Vilnius had specific performance indicators and the team I put together was meeting them. There had to be other reasons. I cannot read the Mayor’s mind and I don’t want to speculate, but recall that barely four weeks before my dismissal there was an uproar about some comments I made on Facebook,” said Udrys.

According to the Mayor’s Advisor Aleksandras Zubriakovas, the Municipality believes that the former Director of Go Vilnius lost the confidence of the City’s leadership, failed to meet their expectations and, therefore, should be considered appropriately dismissed.

“The Municipality will appeal this decision to the Supreme Court, asking it to recognize that Darius Udrys has not right to compensation,” said Zubriakovas. Last August, a lower court (Vilnius District Court) sided with the Municipality, which claimed he was not sufficiently proactive. Udrys maintained at the time that he was dismissed not because of performance, but because of his comments about Lithuania’s partisans.

“I think it’s obvious to anyone who is paying attention that the Mayor’s decision to dismiss me has nothing to do with the quality or results of my work. While dismissing me, the Mayor expressed a number of complaints that have nothing to do with reality. I, therefore, see no alternative but to defend my reputation by legal means,” wrote Udrys on his Facebook page.

In a discussion about Lithuania’s post-war partisan movement, Udrys questioned the ethics of death threats against civilian organizers of collective farms and, in the course of the discussion, posted the definition of terrorism. Conservative politicians and members of the Union of Political Prisoners and Deportees began calling publicly for his dismissal, claiming he had equated Lithuania’s partisans with terrorists. Udrys replied that, on the contrary, he was emphasizing the difference between legitimate partisans and those who did not abide by the rules of war and international law. The Mayor responded that Udrys will be judged based on his performance, not his comments in social media.