BNS
aA
Dunja Mijatovic, the Council of Europe Commissioner for Human Rights, has called on Lithuania to respect its international human rights commitments in the current migration crisis, and Prime Minister Ingrida Simonyte has said in response that irregular migrants attempting to crossing into the country can hardly be considered refugees. 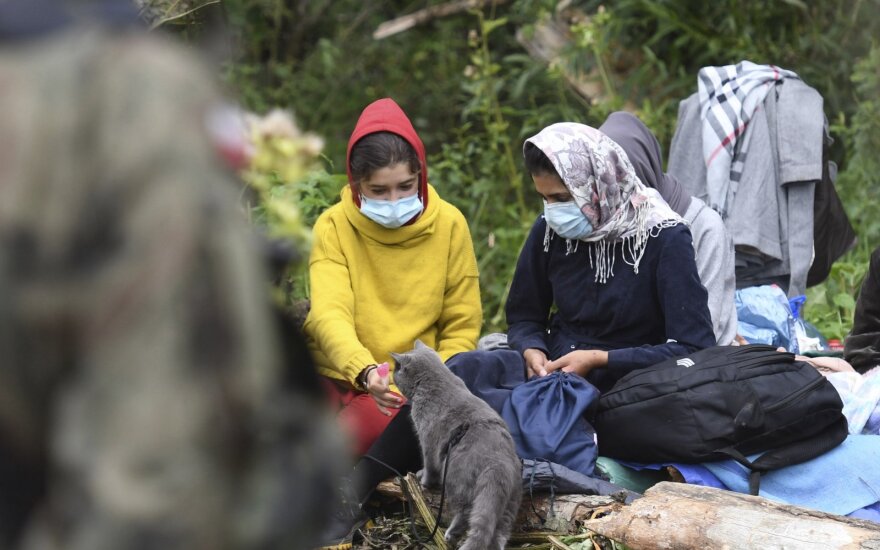 "It is crucial that Council of Europe member states when dealing with challenges related to migration movements, uphold the standards set in the European Convention on Human Rights (ECHR), the 1951 Refugee Convention, and other key legal instruments," Mijatovic said in her letter to Simonyte.

In the context of these commitments, the commissioner is concerned about Lithuania's recent legislative amendments that remove, in an emergency situation, "significant safeguards in the asylum procedure", such as the full examination of asylum claims, the provision of information and legal assistance, and the possibility of filing an appeal, according to the letter published on the Council of Europe's website.

Related articles
Lithuania expects to build fence on border with Belarus by September 2022  (98)
Lithuania pushes over around 30 migrants back, allows one in on humanitarian grounds

"Such steps would clearly pose a threat to upholding the principle of non-refoulement, as well as the right to an effective remedy. I am also worried that the newly adopted legislation would allow vulnerable persons, such as unaccompanied minors, victims of torture or victims of trafficking in human beings, to be diverted to accelerated procedures, without regard to their specific situation," the commissioner said.

Mijatovic also said that she has "noted reports that the way in which newly arrived asylum seekers and migrants are accommodated runs the risk of amounting to de facto detention".

"I also understand that persons attempting to enter the territory of Lithuania in an irregular manner may have been summarily returned to Belarus", she said.

Simonyte: 'no objective threat' to migrants in Belarus

In her response letter sent to the commissioner on Monday, Simonyte said that people attempting to cross into Lithuania illegally hardly meet the definition of refugees.

"Serious doubts arise, as to whether the irregular migrants at issue fulfil the criteria contained in the definition of the Convention Relating to the Status of Refugees of 1951," the prime minister said.

"There is no objective threat to Iraqis, citizens of African countries or other third country nationals in Belarus. While being interviewed at the temporary reception facilities, the majority of migrants reveal that they come to Europe for economic purposes and through organized channels," she said.

At the same time, Simonyte underlined that Lithuania "remains committed and determined to fully live up to its international human rights and humanitarian obligations in regard to all people within its jurisdiction, irrespective of their legal status".

"Therefore, all the people are treated in compliance with Lithuania's international commitments, and we are managing the situation to the best of our abilities," she said. "No human right may become subordinate to political or geopolitical considerations."

The prime minister said that Lithuania adopted the legislative amendments in a bid to "prevent the abuse of the asylum system by the Belarus regime", adding that vulnerable groups of people may still apply for asylum even if they cross the border illegally and that "Lithuania ensures that the principle of non-refoulement, as well as the need to ensure an effective defense, are respected".

Lithuania has been facing "serious unprecedented" challenges in processing asylum claims and providing assistance and accommodation to migrants, and welcomes any support from the EU and the Council of Europe as well as their member states".

Over 4,100 migrants have crossed into Lithuania from Belarus illegally so far this year, but the flow has decreased considerably after border guards were allowed to push them back to the neighboring country.

Lithuania has declared a state-level extreme situation over the unprecedented migration influx which it says is being orchestrated by the Belarusian regime.

The Council of Europe is an international organization that promotes and protects human rights.

Lithuania pushes over around 30 migrants back, allows one in on humanitarian grounds

Lithuanian border guards have in the past 24 hours turned away around 30 migrants attempting to...

Lithuania pushes over 10 migrants back, allows four in on humanitarian grounds

Lithuanian border guards have in the past 24 hours turned away more than ten migrants attempting to...

Irregular migrants currently living in tents at the Rudninkai military training area will be moved to...

Eight irregular migrants have returned from Lithuania to their home countries so far, and about thirty...