BNS
aA
Gabrielius Landsbergis, the leader of the Homeland Union–Lithuanian Christian Democrats, says it is regrettable that Vygaudas Usackas, a former long-time diplomat who has recently left the conservative party, chose to work at a company controlled by Gediminas Ziemelis. 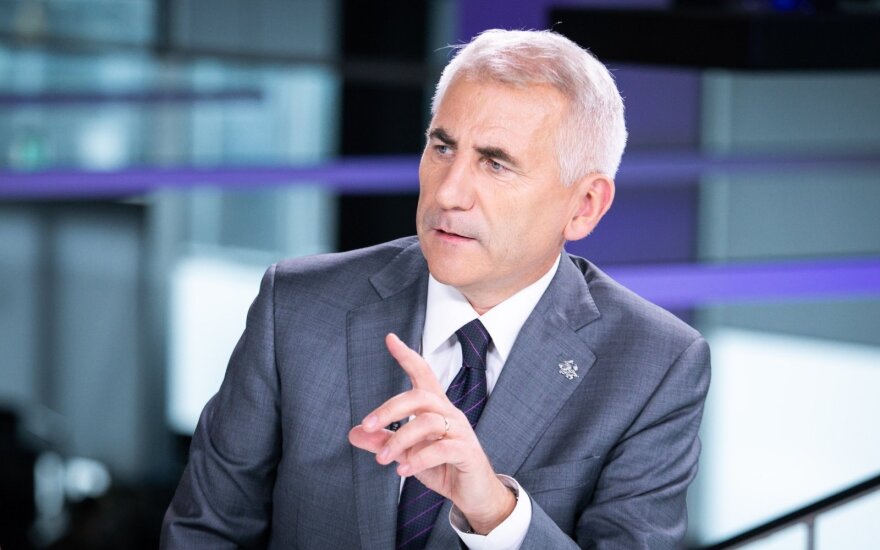 Landsbergis described Avia Solutions Group (ASG) and its shareholder, Ziemelis, as "not being the most reputable".

"I personally regret about the choice of a company that, to put it mildly, is not the most reputable and, especially, its majority shareholder, who have been mentioned in a number of national security-threatening contexts," the conservatives' leader told BNS.

Landsbergis said "public bodies should maintain a critical, principled attitude toward this company and its shareholder".

He noted, however, that Usackas is no longer a member of the Conservative political community and is free to choose his career path.

It is common practice in the West for former diplomats to go into an academic or business career, according to Landsbergis.

On Tuesday, Usackas took up his new position as a member of the board of directors at ASG responsible for overseeing and coordinating the group's international relations and helping its investment teams to invest in new regions.

Usackas started his diplomatic career in 1991 and held the post of Lithuania's foreign minister between 2008 and 2010. He has in the past served as the country's ambassador to the United States and Britain and has headed the EU's diplomatic missions to Afghanistan and Russia.

The long-time diplomat ran in the primaries of the opposition Homeland Union–Lithuanian Christian Democrats for the 2019 presidential election, but lost to Ingrida Simonyte.

Usackas says he left the party several weeks ago. He also says that ASG operations in Russia pose no threat to Lithuania's security and that the company does not cooperate with anyone of the EU sanction list.

Vygaudas Usackas , a former long-time Lithuanian and EU diplomat, on Tuesday joined the board of...