(1)
LT Daily, LRT
aA
Military conscription, which was reinstated in Lithuania last year, was one of the reasons behind a hike in emigration, Prime Minister Algirdas Butkevičius believes. 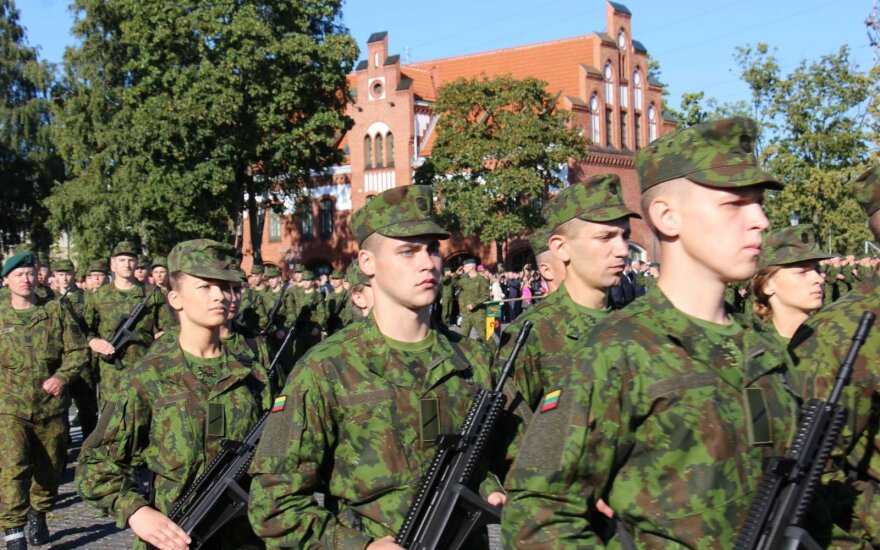 "We must be afraid to say it openly: the number of emigrants grew significantly, especially in April and other months, when the draft to the Lithuanian army began. I think it was the most important factor for youths. Some of them thought and decided that they could spend some time working abroad," Butkevičius told LRT radio on Tuesday.

Statistics Lithuania has reported that emigration from the country grew by a fourth last year compared to 2014.

Related articles
In 2016, Lithuanian ground forces will become a force to be reckoned with
Release of draftee lists hit by technical hiccup

Last year, in March, was also when the Lithuanian army reintroduced military conscription and drafted some 3,000 young men to perform a 9-month service.

"I believe that the best incentive to return or not to leave is the creation of jobs and growing wages. Our companies amassed massive profits last year, €3.3 billion I think. [...] There are financial resources, therefore, to raise workers' wages," Butkevičius said.

No emigration due to conscription this year

Meanwhile economist Jekaterina Rojaka says that conscription this year should not cause a hike in emigration. The list of potential conscripts this year was released by the Ministry of National Defence on Monday.

"We should not see a surge of emigration this year. The conscripts' comments about the service have been quite positive," Rojaka told the daily Verslo Žinios, adding that the military draft last year somewhat distorted seasonal migration.

She said that the government must discuss measures to reduce emigration and adopt a policy of immigration in order to tackle potential labour shortages.

In 2016, Lithuanian ground forces will become a force to be reckoned with

When Lithuania had huddled up under NATO ’s wing, it felt more secure and even unconcerned as to...

The Lithuanian Ministry of National Defence is releasing lists of potential draftees on Monday. Last...

The Lithuanian population has lost 1.1% or 32,700 people over the last year, preliminary estimates...