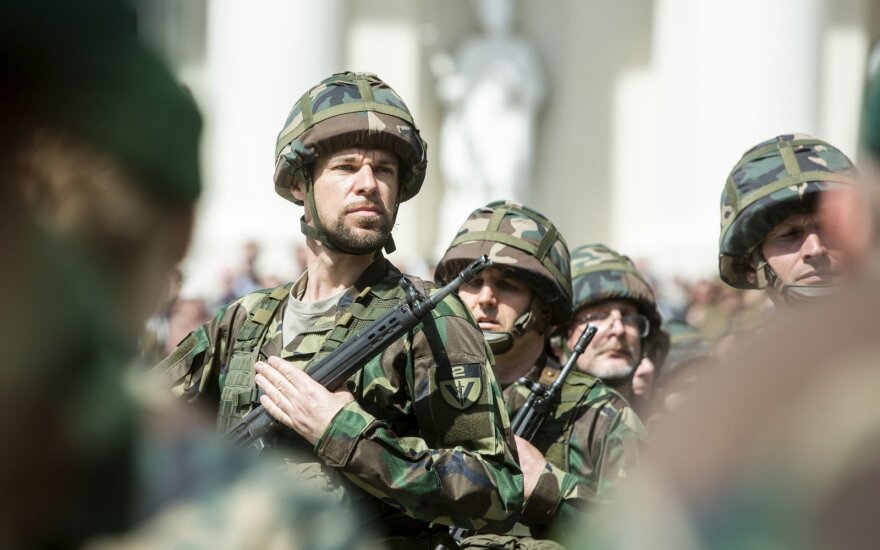 The minister has presented the candidate to the parliamentary Committee on National Security and Defense. Dapkus would replace the paramilitary organization's outgoing chief Lieutenant Colonel Gintaras Koryzna who has led the Union for the past three years.

Dapkus, 53, has served within the Lithuanian army since 1991 and has in recent years worked as the director of the Senior Leader’s Course and Higher Command Studies Course at the Baltic Defense College in Estonia. The army officer served in Afghanistan in 2013-2014.

Minister Karoblis told BNS the past several years have been growth years for the Union. The minister also acknowledged riflemen's role in containing the coronavirus crisis.

In his words, the number of riflemen has gone up to 12,000 and their average age is around 40, with the proportion of young and elder union member being fairly equal.

"Undoubtedly, it is providing more opportunities for riflemen to more actively contribute to providing assistance to institutions, which has been shown by their contribution in containing the coronavirus crisis: from being on watch at mobile checkpoints and patrolling with police officers to ensure public order to the delivery of medicines or transportation of patients and medical reagents," the minister told BNS.

"The new commander of the Lithuanian Riflemen's Union should ensure further development of the area where we’ve hade the qualitative and quantitative jump in recent years, including the patriotic training of young riflemen and the formation of combat units and their integration into the Lithuanian army's units," Karoblis said.

Army to give 50 machine guns to civilian paramilitary organization (1)

The Lithuanian Armed Forces will give 50 machine guns and 8,000 rounds of ammunition to the civilian...

The event 101 Shots for Lithuania was held for March 11 in a forest firing range. The original...

A military parade is planned to be staged in Vilnius in November to mark the centennial of the...