BNS
aA
Representatives of four parties in Lithuania, holding negotiations on a future ruling coalition, said on Thursday they have completed their work, acknowledging, however, their failure to agree on the child benefit. 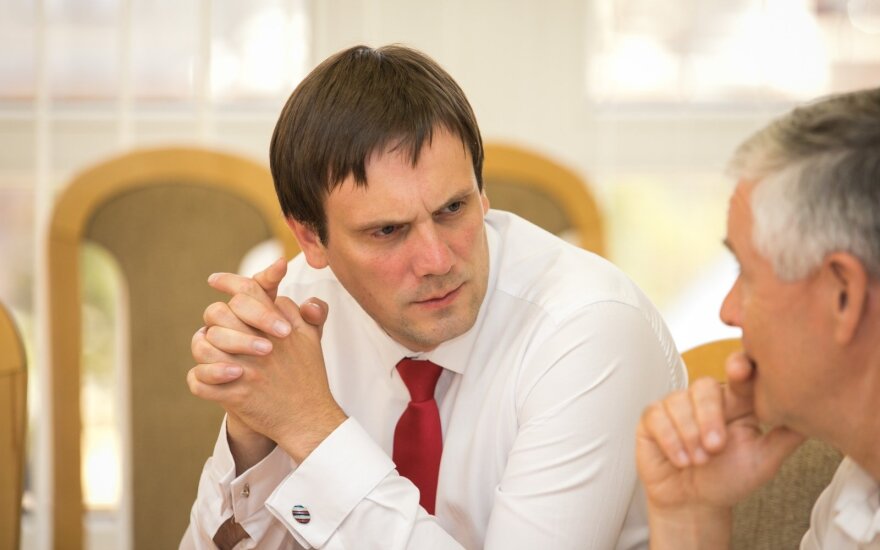 They suggest signing a national agreement on social policy funding, though.

"Our negotiators have finished work. Probably, the key point is that we agreed on a long-term increase of social policy funding for the next five years," Tomas Tomilinas, representing the Lithuanian Farmers and Greens Union, said. "We will ask the president in the fall and also invite all political parties to join a national agreement on the implementation of the European Commission's recommendations."

Earlier this month, the European Commission called on Lithuania to expand its tax base and increase spending on social security to reduce poverty and social inequality. Brussels says Lithuania fails to fairly share the results of fast economic growth as social inequality in the country is among the highest in the EU, and older people and disabled people, single-parent families and unemployed people are at greater risk of poverty.

According to Tomilinas, the agreement has been reached on a draft coalition agreement on Thursday, as well as on a package of 30 tasks. The agreement is expected to be signed next week. And the child benefit was the key issue the parties failed to agree.

"There are two alternatives and we are handing over the final arrangement to the parties' governance institutions and leaders' meetings," Tomilinas said.

The Electoral Action of Poles in Lithuania – Christian Families Alliance had demanded to raise the child benefit. The party proposed raising it to 100 euros per month per child, from 50 euros now, as of next year and increasing it further to 120 euros in 2021.

Since the negotiators discussed on Wednesday that the child benefit should go up to 70 percent next year (100 euros for large families and those raising disabled children), the EAPL-CFA representatives said on Thursday they had no mandate to decide on such rates.

Families are now paid 50 euros per month per child and large families and parents raising disabled children get 70 euros.

Meanwhile, Gediminas Kirkilas, leader of the Social Democratic Labor Party of Lithuania, said the parties agreed to introduce a residential income tax rate of 32 percent. Therefore, three income tax rates of 20, 27 and 32 percent would be in place as of next year.

According to Kirkilas, the 32 percent rate would apply to people earning 120 average monthly salaries or more per year.

Tomilinas said the proposal will be put before parliament together with the next year's budget bill.

The ruling Lithuanian Farmers and Greens Union started talks on a new coalition following the presidential election. The negotiations involve the LFGU, the SDLP, the Order, and Justice party and the EAPL-CFA.

There are four millionaires among Lithuanian lawmakers and they include Ramunas Karbauskis , leader...

The Lithuanian government is suggesting postponing the planned increase in the child benefit until...