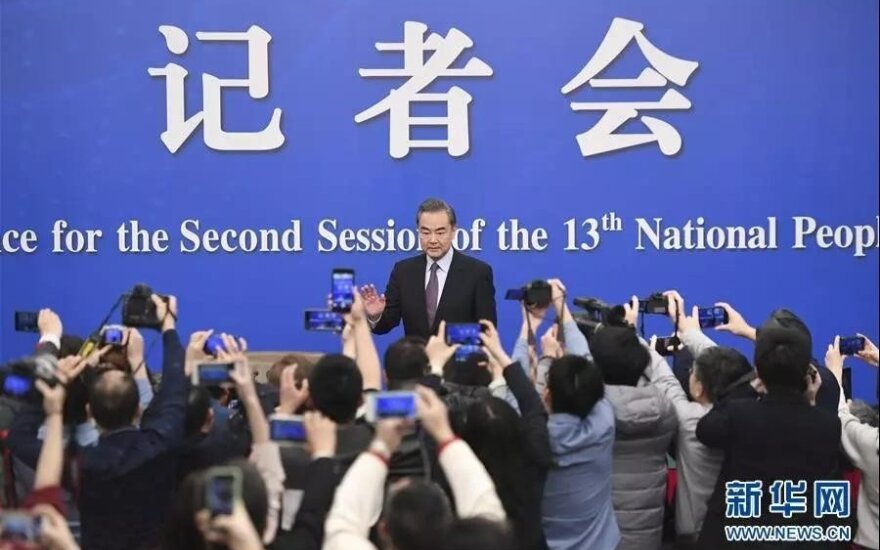 I On China's Diplomacy During the Last 70 Years

Our diplomatic achievements are due, first and foremost, to the leadership of the Party, which is the fundamental political guarantee for China's diplomacy.

Through seven decades, the Party has advanced with the times, developed a rich body of diplomatic theories with Chinese characteristics, and established a fine tradition with distinctive features.

These include: independence as the cornerstone of China's foreign policy, concern for the common good of humanity, pursuit of equity and justice, commitment to win-win outcomes, the mission of facilitating domestic development, and dedication to serving the Chinese people.

II On Denuclearization of the Korean Peninsula

If the parties have continued dialogue and stay the course, the day will come when the denuclearization of the peninsula will become a reality.

As complicated factors are at play in the Korean nuclear issue, one cannot expect it to be solved overnight. All parties need to have reasonable expectations. One shouldn't set the bar too high at the outset or make unilateral, unrealistic demands.

The key to solving the issue lies in not being a prisoner of history and breaking the cycle of mistrust.

It will be useful to work out a general roadmap for denuclearization and the establishment of a peace regime. Based on the roadmap and in a phased and synchronized fashion, specific, interlinked and mutually reinforcing steps may be identified, which will be taken in sequence, starting with the easier ones, and monitored in a way agreed to by the parties.

III On The Second Belt and Road Forum for International Cooperation

As President Xi has said, the Belt and Road Initiative originates in China, but its benefits are shared by the world. We have reason to hope and believe that the second Belt and Road Forum for International Cooperation will be a great success and another milestone in BRI cooperation.

The recent action against a particular Chinese company and individual is by no means a pure judicial case, but a deliberate political move to bring them down.

We support the company and the individual in question in seeking legal redress to protect their own interests and refusing to be victimized like "silent lambs".

People can tell right and wrong; justice will have its day.

What we are standing up for is not just the interests of a company, but also a country or a nation's legitimate right to development — and by extension, the basic right of all countries who wish to climb up the technology ladder.

Europe has always prided itself on its independence. We trust that as a key force in the world, Europe will surely keep its fundamental, long-term interests in mind, and pursue a China policy that is independent, consistent and forward-leaning. We hope Europe will work with China to deepen all areas of our mutually beneficial cooperation, uphold international rules and contribute to global peace.

The China-US relationship has gone through a lot in the last 40 years. We have made historic progress, but also face new challenges.

The most important thing we can learn from the past is that China and America stand to gain from cooperation and lose from confrontation. Although a great deal has changed in the world and in both countries, this valuable lesson still holds true today and must continue to guide our interactions. We must stay the course without any doubts.

Even as China and America engage in cooperation, there may also be some competition. This is normal in international relations. The key is to put things in perspective. Exaggerating our competition out of all proportion would squeeze our space for cooperation. The right attitude is to focus on expanding our cooperation, which is in our mutual interest.

We hope the two sides will pursue shared goals, foster healthy competition while deepening our cooperation, and strive for win-win outcome as we seek our own countries' development.

We still have a positive outlook on China-US relations. Our two countries should not and will not descend into confrontation. A return to the outdated Cold War thinking goes against the present-day trend and will be deeply unpopular.

Some individuals vow to decouple our economies. This is just their wishful thinking. Decoupling from China would mean decoupling from opportunities, from the future, and in a sense, even from the world. 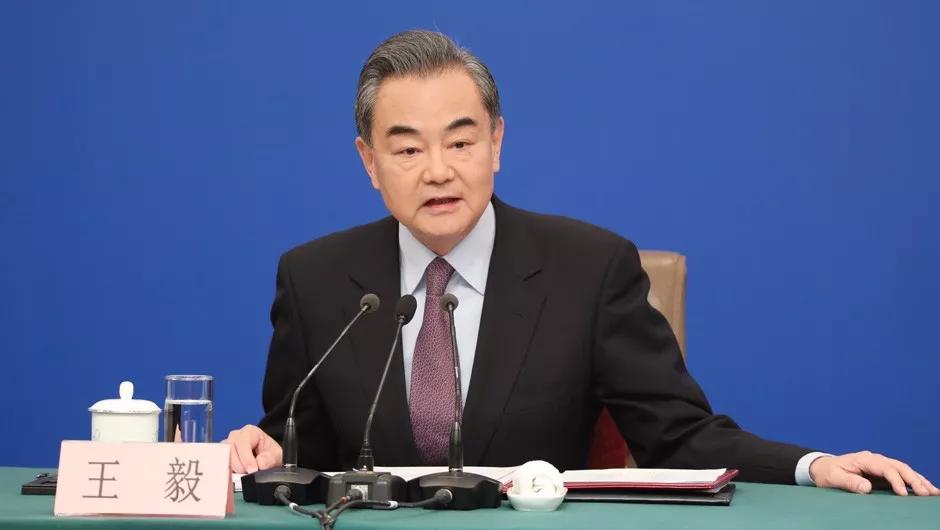 From the start, the BRI follows the sound principle of consultation and cooperation for shared benefits. It has created enormous opportunities for all participants.

Plenty of facts are proof that the BRI is not a "debt trap" that countries may fall into, but an "economic pie" that benefits the locals. It's no "geopolitical tool", but a great opportunity for shared development.

After decades of diligent nurturing, the sapling of China-Africa cooperation has grown into a towering tree that no force can topple.

China sincerely hopes that Pakistan and India will transform the crisis into an opportunity and meet each other halfway. We advise both parties to quickly turn this page and seek a fundamental, long-term improvement in their relations. When confrontation gives way to dialogue and disagreements are settled by goodwill, they can create a better future through cooperation.

Pursuing peace requires more courage than stoking conflict. We appeal to all parties in Afghanistan to set store by the greater good of the country and the people, seize the major opportunity for political reconciliation, settle differences through dialogue, beat swords into ploughshares, and join hands to push open the door to peace.

We ardently hope that this country, after suffering so much, will have a rebirth, take destiny into its own hands from now on, and enjoy genuine independence and lasting peace. Afghanistan should not again become an arena of great-power rivalry, nor should it be subject to incessant conflict and mayhem.

It's up to the people of a country to decide its internal affairs. External interference and sanctions will only aggravate tension and bring back the law of the jungle. There have been plenty of such lessons in history, and they shouldn't be repeated.

The sovereignty and independence of every country is precious, and must be cherished and preserved in equal measure.

The decision of Latin American countries to establish and grow relations with China on the basis of the one-China principle accords with the trend of history and our times. It's a correct choice that serves their fundamental and long-term interests. Such a choice shouldn't be interfered with or criticized. 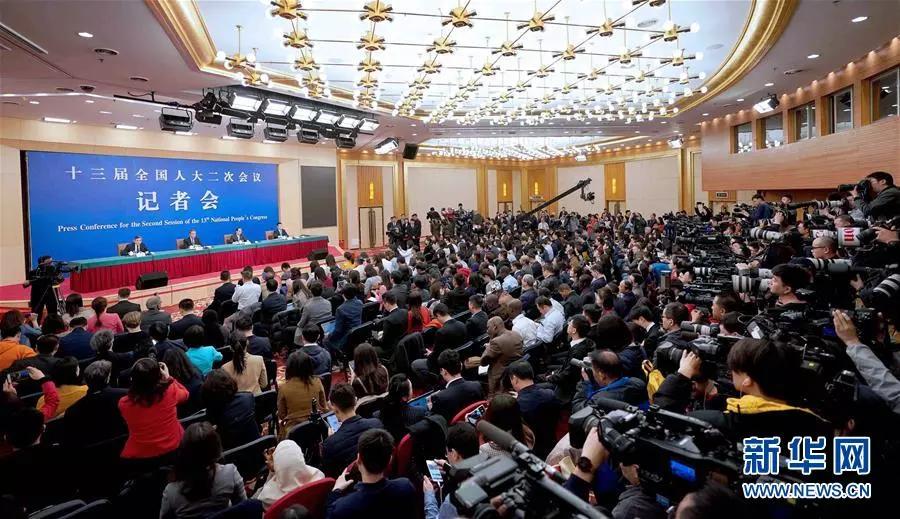 Assertiveness has never been part of the Chinese tradition, and hegemony will never be our choice even when we become stronger.

China fully supports the DPRK in exploring a development path that suits itself and making continuous progress in socialist construction, in implementing a new national strategy and focusing more on economic growth and better livelihood, and in keeping to the goal of denuclearization of the Korean Peninsula and having its legitimate concerns addressed in this process.

As two ancient civilizations with a combined population of 2.7 billion, and two large developing countries and emerging markets, China and India should be each other's partner in pursuing our respective dreams and each other's important opportunity for growing our respective economies. Collectively, we must make our due contribution to Asia's revitalization and prosperity.

Our friendship and cooperation will surge ahead like the Yangtze and the Ganges, giving strong and sustained impetus to our relationship.

In 2019, the MFA will take new steps to benefit the Chinese people and improve their safety and convenience overseas. We will upgrade the 12308 smartphone app to make it a one-stop portal. Mobile payment will be phased in by our overseas missions to make more consular services accessible at fingertips.

XVII On "Code of Conduct in the South China Sea" Negotiation

The COC will be an upgrade of the DOC. It will be more suited to our region's needs and more effective in regulating the conduct of the parties, and provide stronger safeguards for safety and freedom of navigation in the South China Sea.

We are still in the early stage of improving our relations. Looking ahead, we must match our actions to our words, adopt an honest attitude toward history and an objective view of reality, work actively for a better future, and take more solid and determined steps in the right direction.

XIX The Role of China's Diplomacy to Domestic Development

The MFA will do its best to meet the overriding goal of facilitating domestic development, help more provinces embrace the world, support Chinese cities in hosting flagship international events, protect the legitimate interests of Chinese businesses, and proactively share information.

The world is undergoing major development, changes and adjustments. The trend toward multi-polarity,...

On November 5–10, Shanghai is hosting the China International Import Expo 2018. Invitations to the...

Following a tortuous journey, a collective global recovery has emerged. This recovery is driven by the...