...
BNS
aA
Afghans who worked for Lithuania have already joined a group of Lithuanian military personnel and officials as part of their evacuation from Kabul and are likely to be flown to Lithuania by the end of this week, Chief of Defense Lieutenant General Valdemaras Rupsys said on Tuesday. 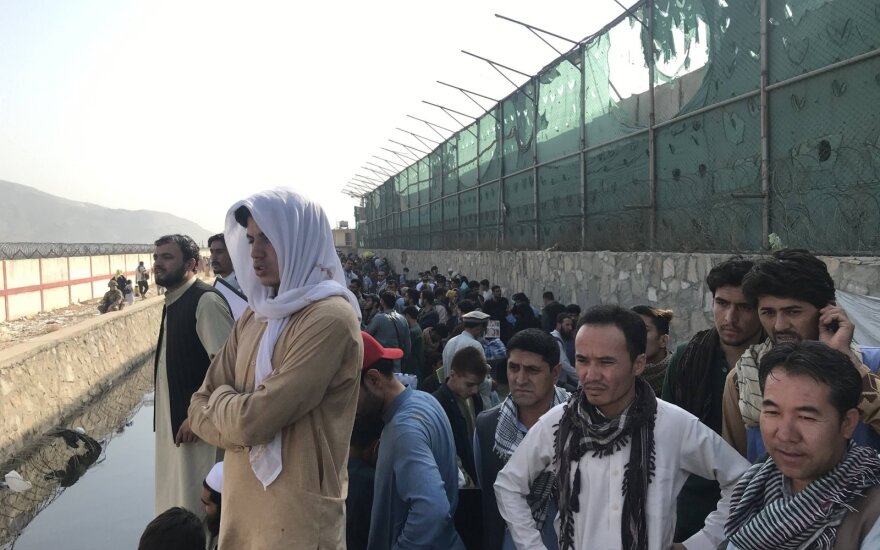 "These people already with our group, with our troops, and we are working through diplomatic and military channels to decide how to bring that group of individuals, the Afghans, back to Lithuania, together with our [...] task force," Rupsys told LRT Radio.

"I do hope that we will have these people in Lithuania this week," he added.

More than ten Lithuanian troops and officials from the Foreign Ministry and intelligence agencies have travelled to Kabul to help evacuate the Afghans. All of the Lithuanians have been on missions in Afghanistan in the past and know some of the evacuees personally, according to Rupsys.

The Afghans will most likely be flown to Lithuania with the help of allies such as Poland, Ukraine, France or Germany, the general said.

The Lithuanian Armed Forces' Spartan plane could not accommodate all those to be flown, he noted.

It was said earlier that over 100 interpreters who had helped Lithuanian troops in Afghanistan, as well as their families, were awaiting evacuation to Lithuania, fearing repressions from the Taliban.

Rupsys said that not only interpreters but also Afghan nationals who had worked for Lithuania in other roles might be flown to the country.

Once in Lithuania, the Afghans will be under the authority of the Lithuanian Armed Forces and the Defense Ministry until other political decisions are taken, according to the general.

Last Friday, Defense Minister Arvydas Anusauskas said that a team of military personnel had been sent to evacuate Afghans who had worked for Lithuania.

The first group of Afghans, a family of six, arrived in Lithuania on Friday as part of the operation.

Landsbergis: NATO should prevent Afghanistan from becoming another migration crisis

NATO member countries should seek to prevent the situation in Afghanistan to evolve into a new...

French President Emmanuel Macron has asked Lithuania to contribute to a military mission in Mali.

The families of 14 Afghan interpreters who worked with Lithuanian troops in Afghanistan arrived in...

Another 50 Afghans who had worked with the Lithuanian Armed Forces in Afghanistan arrived in Lithuania...

Lithuanian troops and the last group of Afghan evacuees left Kabul before an explosion outside the...