(1)
BNS
aA
Aldas Rusevicius, board chairman and CEO of construction company Kauno Tiltai, was on Tuesday detained as part of the ongoing corruption investigation, Elena Martinoniene, spokeswoman for the Prosecutor General's Office, told BNS on Wednesday. 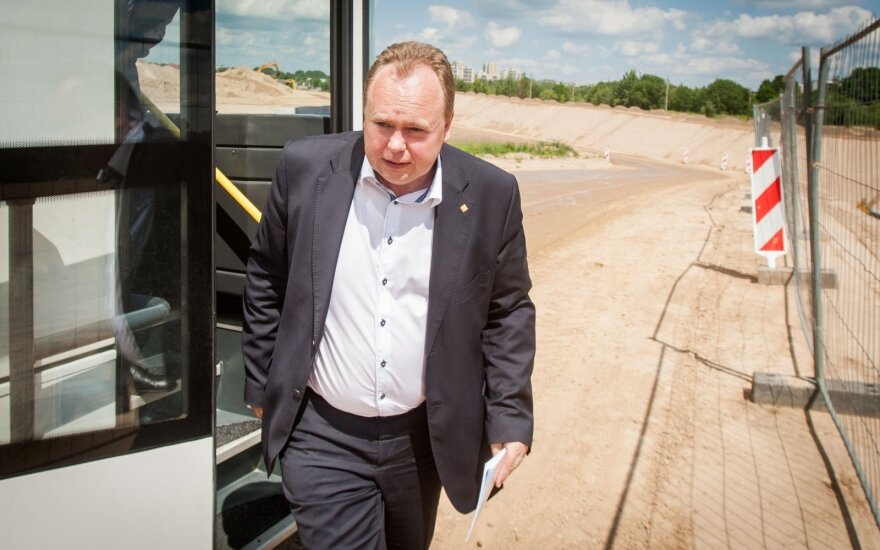 Renata Kebliene, spokeswoman for the Special Investigation Service, confirmed it to BNS that Rusevicius is one of the suspects in the case, refraining to provide more details on specific suspicions.

Giedre Samulionyte-Lekaviciene, spokeswoman for Kauno Tiltai, said she could not say where the CEO was. "I have no information on where our CEO is now, so I cannot say," she told BNS on Wednesday.

She said Rusevicius was at work on Tuesday and attended a search with officers.

"Yesterday, since law enforcement officers visited us, so he met with them and provided all information they asked for. As far as I know, the documents, everything was in order, but I just cannot provide any more details," Samulionyte-Lekaviciene said.

She also could no say whether the CEO was detained during the search and whether Rusevicius left the company building with the law enforcement officers.

Samulionyte-Lekaviciene also could not say who the CEO's lawyer was.

The detentions came as part of an investigation by the Special Investigation Service (STT) and the Prosecutor General's Office into suspected large-scale bribery, graft, influence peddling, embezzlement and document forgery.

The SIS said around a dozen of searches and other procedural actions were taken, and its officers visited the main office of Kauno Tiltai on Tuesday morning.

Law enforcement institutions believe the possible crimes are linked to unlawful lobbying and influence of legislative processes, and are also investigating the origin of 400,000 euros belonging to Sutkus.

The prosecution service says law enforcement bodies have sufficient evidence to suspect that Sutkus could have used his office, social status, contacts or other means of influence to push through various pieces of legislation for unlawful financial reward.

Prosecutors have asked a Vilnius court to sanction Sutkus' arrest but released Zalatorius, suspected of influence peddling, late on Tuesday after his interrogation, his lawyer said.