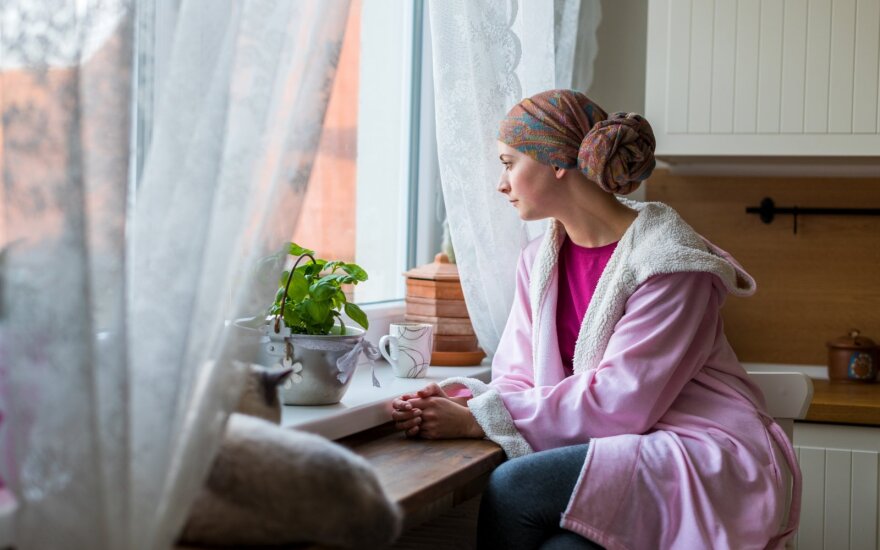 "Currently, some 110,000 people live with cancer, and as many as a third of them live for ten and more years. If we look at the figures a decade ago, only a fifth used to survive. But we still have something to look up to as a half of people with cancer survive ten and more years in Europe," Jarmalaite told a press conference held to mark the World Cancer Day.

Around 18,000 people are diagnosed with cancer in Lithuania every year, and some 8,000 people die of cancer, according to the statistics presented by Jarmalaite.

In her words, breast cancer is the most common type of cancer among women and survival cases here could be better.

"Survival rates could be better but they have improved by 10 percent over the past decade. We are waiting for them to improve by 20 percent but now the rate of five-year cancer survival stands at 77 percent. With no doubt, sadly, a third of tumors are found in advanced stages," the doctor said.

Based on the data she presented, prostate cancer is the most common type of cancer among men as 3,000 cases were recorded in 2015 and the five-year survival rate was 94 percent.

Based on data from the Lithuanian Cancer Institute, some 18,000 new cancer cases are recorded every year. Women are most often diagnosed with skin and breast cancer, and men are diagnosed with prostate and lung cancer.

This year’s Nobel Prizes are being presented in Stockholm and Oslo this week. On Tuesday, Emmanuelle...