Bus with Lithuanians not allowed to cross from Germany into Poland

(1)
BNS
aA
Lithuanian and Polish officials are on Sunday discussing how to deal with the situation after a bus carrying passengers, including ten Lithuanian nationals, from Germany was not allowed to cross the Slubice checkpoint on the Polish-German border. 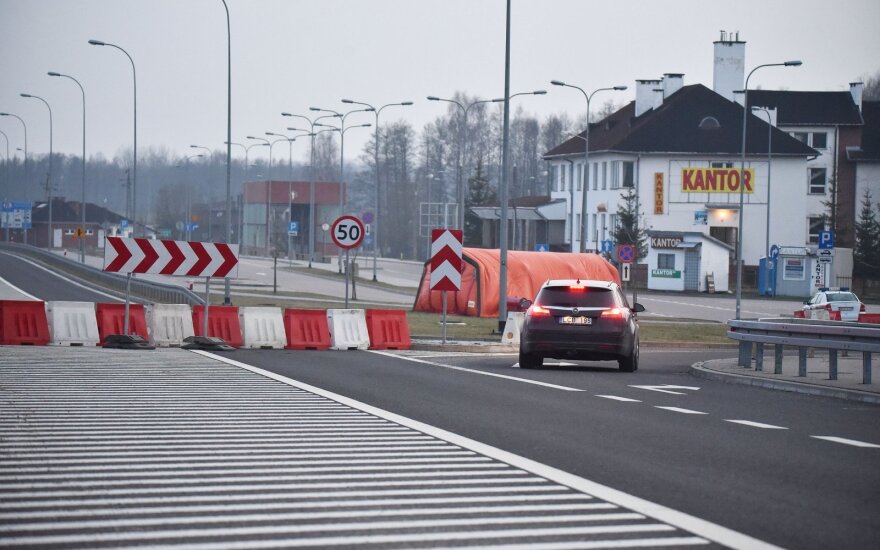 A Lithuanian passenger told the Lrt.lt online news site that the Ecolines bus had arrived at the border crossing point a few minutes before midnight, but was denied entry because the checks were completed after midnight, when Poland officially closed its borders to foreigners.

"We saw more cars with Lithuanian license plates, but they are sending all of them back. We arrived in time (before the closure), which was recorded on the cameras, that is why we are not going anywhere," she said.

The Lithuanian Foreign Ministry says it has alerted Poland to the situation.

"The Foreign Ministry is aware of the situation. A note has been sent to Poland. To our knowledge, Poland's emergency commission is meeting because of this at noon," Rasa Jakilaitiene, the Lithuanian foreign minister's spokeswoman, told BNS.

She also confirmed that the Lithuanian and Polish prime ministers, and officials from the neighboring countries' ministries of foreign affairs and transport were discussing the situation on Sunday.

Poland closed its borders to foreign nationals last night, but Lithuanian Prime Minister Saulius Skvernelis told reporters that he had been assured that Lithuanian citizens would be given more time to return home via the neighboring country.

"As to our neighbor Poland, following lengthy discussions, we received confirmation, albeit preliminary, that there would be a 72-hour humanitarian transit corridor for land transport," he told reporters late on Saturday.

Saturday evening the manager of Panevezys hospital Arvydas Skorupskas confirmed that one man is...

Lithuania to start quarantine on Monday 104

Saturday evening the Lithuanian government decided to introduce quarantine in the country starting...

A Lithuanian has been taken from a ferry to a Klaipeda hospital after arriving from Sweden on...

On Sunday the Ministry of Health announced that there are 3 new cases of coronavirus confirmed in...