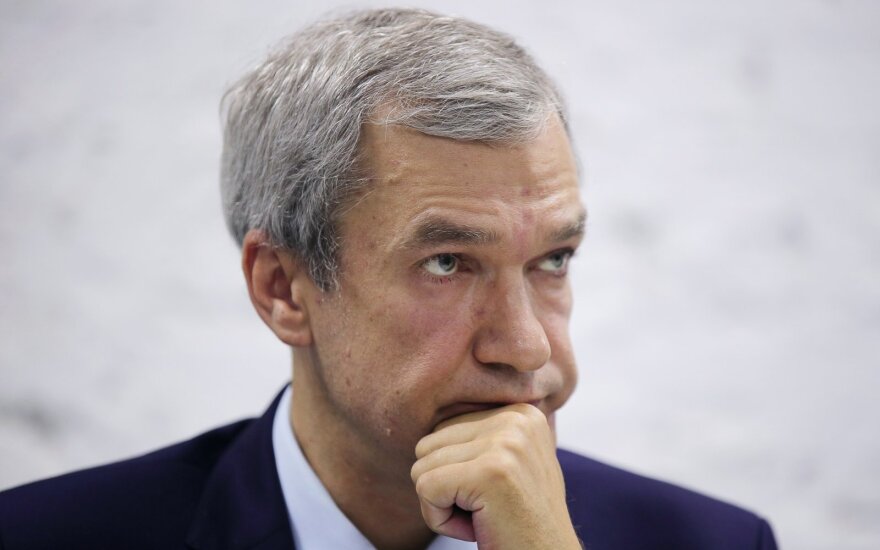 The opposition activist is scheduled to meet with members of a delegation set up by the Lithuanian parliament for a visit to Belarus and with Foreign Minister Linas Linkevicius, and to take part in a discussion hosted by the Vilnius-based think-tank Eastern Europe Studies Center.

Latushko is also expected to meet with Svetlana Tikhanovskaya, the main opposition challenger to Alexander Lukashenko in the August 9 presidential election.

Tikhanovskaya is planning to address the United Nations Security Council remotely from Vilnius on Friday.

Latushko served as Belarus' culture minister between 2009 and 2012, and, later, as the country's ambassador to France.

He was appointed director of the Janka Kupala National Theater on his return to Minsk last year, but was fired in mid-August for supporting the theater staff's position on election fraud.

Latushko then became a member of the Coordination Council, created at Tikhanovskaya's initiative to facilitate a peaceful transition of power in Belarus.

Before his visit to Vilnius, Latushko attended an economic forum in Vilnius.

On Tuesday, Lukashenko said that Latushko had "crossed the red line" when he "switched camps" and joined the Coordination Council and would have "to face the law."

Belarus has been engulfed in protests since Lukashenko, the authoritarian leader who has ruled Belarus since 1994, claimed a landslide victory in the August 9 election which the opposition and Western countries say was rigged.

Belarus: Baltic countries' statements matter 'less and less' to it

Statements by Lithuania , Latvia and Estonia "matter less and less" to Belarus , the Belarusian...

A dead-end is still seen in Belarus and the regime is trying to win time and slow democratic...