Baltrenas: we can help healthcare to develop medical intelligence

(1)
BNS
aA
Lithuania's military intelligence is ready to help the country's healthcare system to bolster its medical intelligence capabilities in response to the lessons of the coronavirus pandemic, the service's chief Colonel Remigijus Baltrenas says. 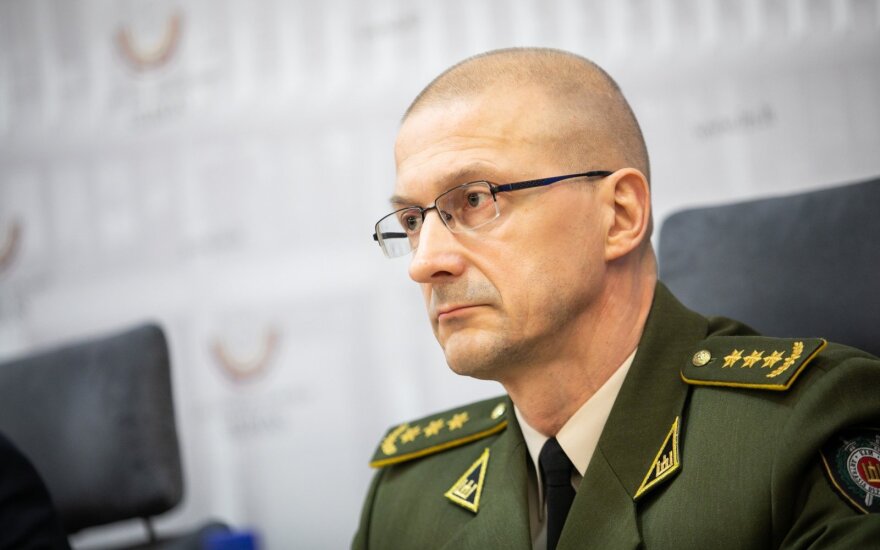 In his opinion, the assistance of intelligence analysts to civil institutions is a more realistic way than establishing a separate medical intelligence division.

"Military intelligence can provide analytical capabilities and the assessment of the medical and virological risk in the context of all threats and risks at the national level," Baltrenas, head of the Second Investigation Department under the Ministry of National Defense, said in an interview with BNS.

Rarely talking to the media, the SID head spoke with BNS on the occasion of the 30th anniversary of restoration of Lithuania's military intelligence.

Baltrenas says Belarus has been recently increasing its military cooperation with Russia and troops from the two countries often train to cut the Baltic states off from Poland via the so-called Suwalki Corridor during their military exercises.

"We, as military intelligence, view those conflicts that publicly indicate about possible disagreements as one of the negotiating moments, games that are just needed for Belarusian President Alexander Lukashenko to survive," Baltrenas said.

In his words, Lithuania's military intelligence is also bolstering its capabilities to analyze China-posed risks. The risks for Lithuania include China's growing military cooperation with Belarus and Russia as well as Chinese telecommunications company Huawei's wish to be involved in the development of the 5G network, Baltrenas says.

"Today, China is seen as a risk factor. Yes, military intelligence's analytical capabilities are being bolstered in China's case. The knowledge of the language and regional expertise needs considerable investment, and we have a good start today and we are developing it. Under the Law on Intelligence, we are looking into the military dimension, as you know, China's defense industry is very big," the army officer said.

"From the military point of view, our state is not a priority for China. We have secondary consequences via Belarusian cooperation with China, and the Russian and Chinese navies were together in the Baltic Sea several years ago. So, we are developing our analytical capabilities at the same pace to be able to asses China's risk factor," he said.

"Chinese company Huawei's involvement is a risk factor. Our partners are also saying that. Some partners are looking for stronger risk management measures. Others are just stating the fact but nobody can deny that there's a risk factor just because of China's laws requiring that companies be involved, if that was necessary, in spying activities," Baltrenas said.

The officer also said that NATO troops in Lithuania are facing propaganda and cyber attacks.

"They train at the training area in Pabrade, which is close to the Belarusian border. We know that the Belarusian security and intelligence services have good signal intelligence capabilities and are capable of receiving and, if necessary, blocking mobile phone signals. An American or German soldier just feels that as connection disappears suddenly, there's some noise. For us, military intelligence, these are natural processes, you just need time to form that understanding that it's a reality," the colonel said.

The Lithuanian and American governments will on Wednesday sign a cooperation agreement on the...