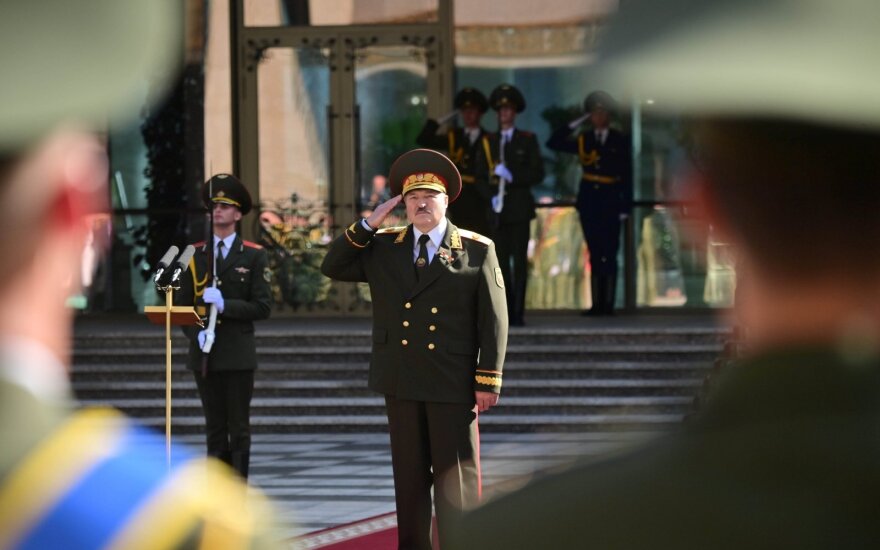 Lithuania and Estonia said they blacklisted another 98 officials, including judges and law-enforcement officers, and Latvia said it added 101 people to its sanctions list.

Lithuanian Foreign Minister Linas Linkevicius told BNS that the new round of sanctions was prompted by the European Union's delay in imposing bloc-wide sanctions and this week's inauguration of Lukashenko who in not recognized by the West as Belarus' legitimate president.

The EU has so far failed to imposed sanctions against the Belarusian regime amid a diplomatic row with Cyprus which refuses to approve the measures unless the bloc takes tougher action on Turkey over natural gas exploration in the disputed waters of the Mediterranean.

"We continue to work on a European solution. The absolute majority of (my) colleagues understand that it is necessary, but time is running out. So, after consulting with Latvians and Estonians, we decided to expand the national lists by a hundred people," Linkevicius said.

"A lot of time has passed and this is the least we can do in response to those who beat people and possibly committed crimes," he added.

The EU must continue to seek bloc-wide sanctions and discuss assistance to victims of repression, according to the minister.

The United States and the United Kingdom are also considering sanctions against the Lukashenko regime.

Lithuania's blacklist now includes 12 judges of Belarus' Constitutional Court and five judges of the Supreme Court, and high-ranking officials of the Security Council, the Investigative Committee, the Interior Ministry, police, OMON and the president's administration, as well as members of the parliament.

The Nordic and Baltic countries at the Human Rights Council on Wednesday slammed the persecution...

377 Belarusian citizens have been allowed to come to Lithuania on humanitarian grounds but only 82...