BNS
aA
An attempt to publish a fake report about the presence of US troops in Lithuania was thwarted by the country’s media on Wednesday. 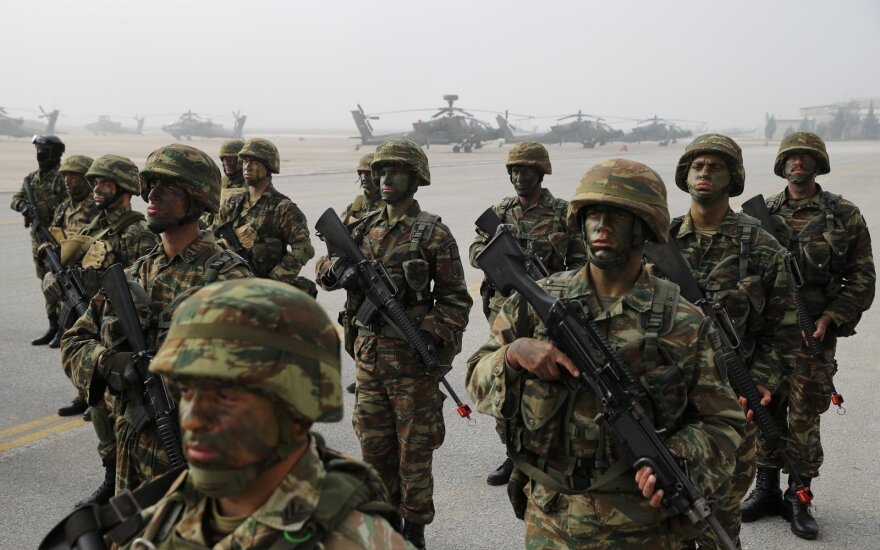 A fake e-mail allegedly from the Lithuanian army spokesman was sent to the delfi.lt news website and the editorial staff of ve.lt website with a false reference that it was being disseminated via the press center of the news agency BNS.

“Two editorial offices contacted the Strategic Communications Department of the Lithuanian Armed Forces in the first couple of hours to check whether such information had indeed been published. The target of this piece of fake news was NATO and the solidarity of allies,” Laimis Bratikas¸ the head of the Military Public Relations Division of the Lithuanian Armed Forces' Strategic Communications Department, told BNS.

The fake report said that the Ministry of National Defense expressed concerns about the statement by the commander of the United States Army Europe that the Baltic countries allegedly failed to meet their commitments to allies.

The fake report also said that the commander was being asked to apologize, otherwise Lithuania would be forced to demand the withdrawal of US troops from the country.

“A report, which looked like those coming from the press center of BNS, was sent to the general inbox of our editorial office. At first glance, it appeared identical to the usual reports from the BNS press center,” Rasa Lukaityte-Vnarauskiene, the editor-in-chief of delfi.lt, told BNS.

“My colleague had doubts upon seeing that report as it is rather unusual for such information to be disseminated via the BNS press center since it should be published in an official press release or as a news agency report. Hence the colleagues decided to check that information,” she added.

“The BNS press center did not distribute such a report on Wednesday. The appearance of the e-mail shows, however, that the senders tried to give such an impression,” BNS editor-in-chief Vaidotas Beniusis said.