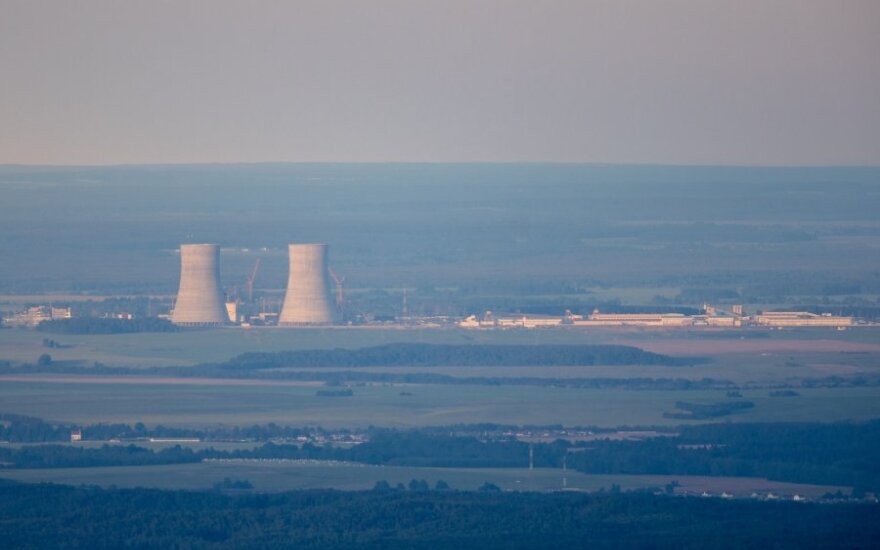 Alert messages were sent out to inform people about the exercise and advise them to turn on LRT Television and Radio for further information about what to do in a nuclear or radiation emergency.

"In the event of a nuclear or radiological emergency (...), go as quickly as possible to the nearest building with undamaged windows and walls," the announcer said.

"Close all doors and windows and seal all vents and chimneys; the safest place to be is in the center of the building or basement," she said, adding that people should stay tuned in for further updates ad recommendations.

The LT72 emergency preparedness website went down for around ten minutes after the exercise started.

The Interior Ministry's spokeswoman said this was due to an influx of traffic.

"It always happens after the sirens are sounded. The site goes down for a few minutes when the first traffic arrives and is back online in a few minutes," Ieva Dirmaite said.

On the sunny autumn day, the sound of sirens at the Panorama mall in central Vilnius was faint.

"I heard nothing and didn't received any message; I don't know what this exercise is about," Laura Paskeviciute, a 34-year-old nurse, told BNS.

The woman said she would probably not know how to behave in the event of a nuclear incident, but added that such drills are useful and necessary.

"There's a basement in Silo Street, I'd run there," said Algirdas Sruoga, a 50-year-old sociologist.

The man said he did not hear the sirens and did not receive the alert message on his mobile phone.

Artiomas Klimovas, a 27-year-old programmer, said he received the message but did not hear the sirens.

"I really wouldn't know how to behave. (...) Such exercises are needed to test the systems. The message on the phone gave links to sites where information can be found," he said.

The so-called "Astravyets exercise" will run through Friday.

On Wednesday, evacuation drills will be held. Groups of 50 volunteers will be evacuated from Svencionys District to Zarasai District and from Vilnius District to the municipality of Kalvarija.

In a so-called "temporary relocation" drill, the same number of volunteers will be moved from Salcininkai District to Varena District.

Human decontamination procedures will be simulated and iodine tablets will be handed out.

The results of the nuclear accident response readiness exercise will be discussed on Friday.

The exercise will involve a total of 24 public institutions and six municipalities, including around 300 officers, soldiers and public servants, and observers from the United Kingdom, Latvia, Estonia and Poland.

Vilnius' municipal officials will only take part as observers after the city and the central government failed to agree on the scenario.