...
BNS
aA
Lithuania's army is buying up to 11,400 helmets for over 2,3 million euros, Sigitas Dzekunskas, director of the country's Defense Materiel Agency under the Ministry of National Defense, told BNS Lithuania. 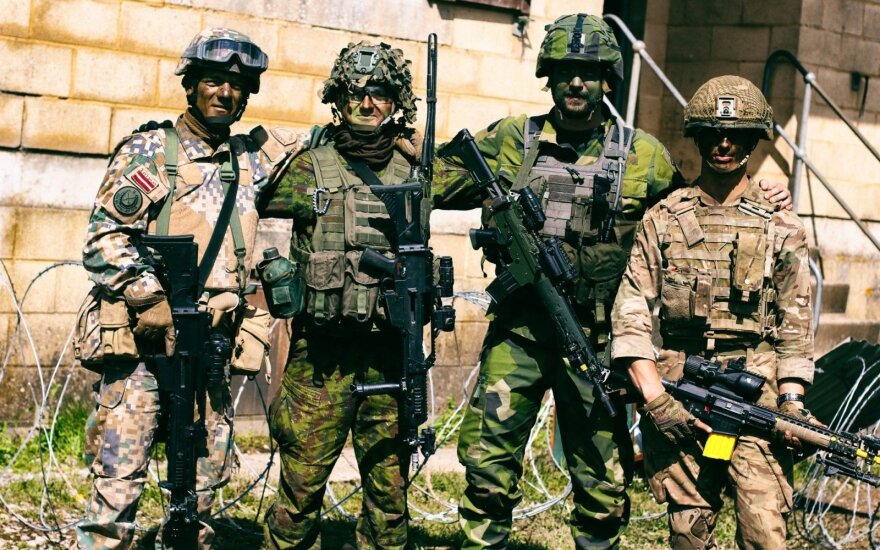 The helmet-acquisition tender was called in March and suppliers from Spain, the UK, Croatia, Ukraine, Bulgaria and Lithuania took part in it. The contract with Croatia's Sestan-Bush and Lithuania's Army Supply, acting under a joint activity agreement, was signed on Oct 18 for a period of three years.

During this period, the Lithuanian army will buy up to 11,400 helmets, based on its needs, with the price of one helmet standing at 204 euros.

"The goods will be delivered over a period of five months after the order day. We plan to have 3,000 helmets delivered by March 2020. The helmets will be meant for Lithuanian troops," Dzekunskas said in a comment sent to BNS Lithuania.

Last year, the Lithuanian army signed a 1-year contract for the acquisition of helmets with the same supplier but it then bought 2,800 helmets, with one costing 220 euros.

Three soldiers of Lithuania's professional army suffered burns of their hands and faces on Wednesday...

The Defense Materiel Agency under Lithuania's Ministry of National Defense signed a preliminary...