Anusauskas: migrant border crisis could be cover for action against Ukraine

BNS
aA
The migrant crisis on the border between Belarus and the European Union could be a cover for Russia's active steps against Ukraine, Lithuanian Defense Minister Arvydas Anusauskas said on Tuesday. 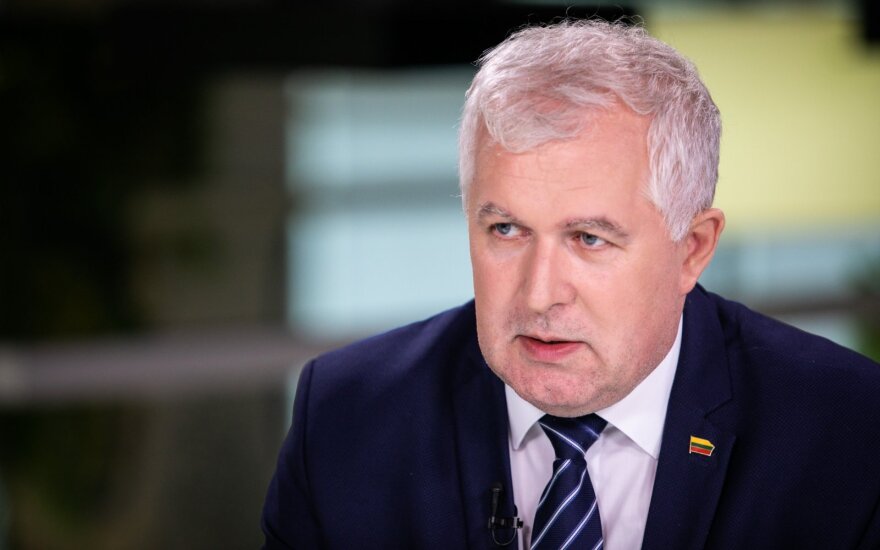 "It is possible that the artificially created migrant crisis, which is turning into a humanitarian one, is only a cover for active steps against Ukraine," Anusauskas told LRT Radio. "This is worrying us, because Russia has shown the ability to quickly move quite large forces over long distances and mobilize them."

"A rapid redeployment might not be enough for a major conflict with Ukraine, because Ukraine is also much more prepared than it was seven years ago, but it can certainly trigger a security crisis in the region", he said.

Anusauskas noted that the current situation in Ukraine does not show any improvement as Russia is not withdrawing its forces from the border and has not concluded any agreements that could make Ukraine feel safer.

"There are no signs of moving towards peace either. The threats remain," he said.

Several thousand migrants converged on Belarus' border with Poland last week. They set up camps and began attempts to force the border into Poland.

Fearing a similar scenario, Lithuania last Wednesday declared a state of emergency along its border with Belarus and at irregular migrant accommodation facilities.

Over 4,200 irregular migrants have crossed into Lithuania from Belarus illegally so far this year.

Lithuania and other Western countries accuse the Minsk regime of orchestrating the unprecedented migration influx, calling it "hybrid aggression".

As Russia massed large forces on its western border last spring, NATO voiced concern that Moscow could be planning to intervene in Ukraine.

Ukrainian Foreign Minister Dmytro Kuleba has said recently that the latest troop movements are a continuation of the earlier pressure faced by his country.

Ukrainian forces have been at war with pro-Russian separatists in the eastern Donbas region for the eighth year now.

We need to make Minsk Airport a no-flight and also to make sure no planes with illegal migrants land...

As the European Union gears up for imposing sanctions for Belarus for orchestrating illegal migrations...

President: we're getting ready for all scenarios

Some 80 migrants to be returned to countries of origin soon

Some 80 migrants in Lithuania plan to return to their countries of origin soon.

Landsbergis: Minsk could face further sanctions if it bars migrants from leaving

Further sanctions could be imposed on the Minsk regime if it hinders migrants trapped at Belarus'...

A Lithuanian border guard's dog bit a migrant on the leg last night as officers tried to push a group...